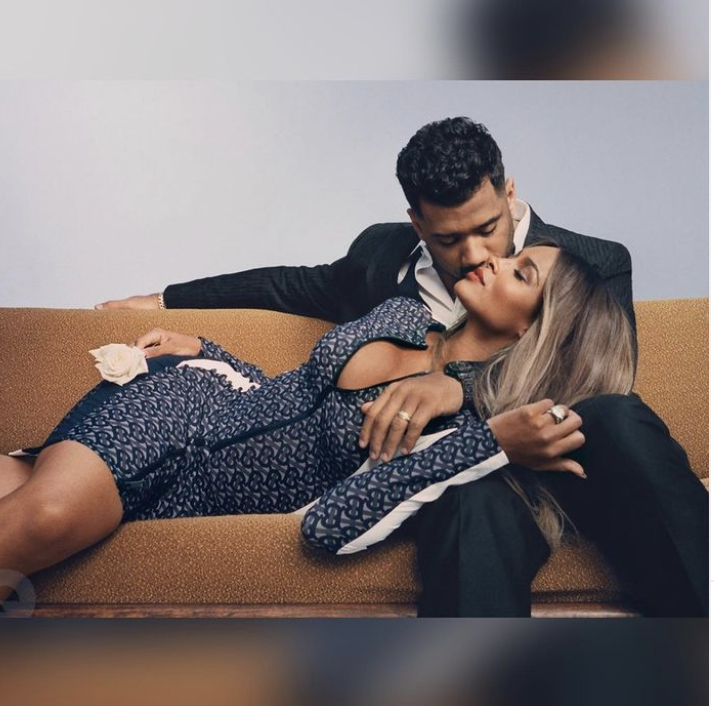 Although all of the couples featured are wonderful in their own right– the sexy R&B singer and her handsome football star husband are an entire mood. For the “Modern Love” issue, Wilson and Ciara sat with the publication to play “The Couples Quiz” and answer in-depth questions about their marriage.

The two lovebirds have been married for almost five years, according to GQ. Ciara, who has sold over 20 million records since her start as a teen, explained that her life with Wilson is everything she’s ever wanted.

“I feel like, if I could look back in a crystal ball when I was a little girl,” Ciara told GQ. “And I looked at the idea of my family, and what it would be for me, it’s exactly this.”

She also disclosed, to GQ, the advice Wilson gave her that helped her through difficult times.

“‘Consider it pure joy when you face trials and tribulations, for the testing of your faith produces perseverance,’” Ciara recounted, referring to a passage from James 1: 2–4 in the Bible.

“‘Consider it pure joy when you face trials and tribulations.’ He told me that when I was in a really, really tough space. It was a tough time I was going through. And when he said that to me- I just thought about that,” she continued.

Wilson, the superstar quarterback for the Seattle Seahawks, spoke to the commitment it took to maintain a healthy marriage. He also said he was grateful for the time they share.

“We’re just grateful that we get to spend time together every day,” Wilson says. “Every morning we wake up together, it’s a blessing, and we get to smile from ear to ear and know that ‘You know what? Let’s go. Let’s go do this.’”

As a doting dad, Wilson talked about his children and his role in their lives.

“Our family is a beautiful blended family, but it’s also, you know, our family,” he said. “It’s us. The reality of being a stepparent is that biologically they’re not necessarily yours, but the reality is that you have to love them as if they are. They’re your own blood, in a way. You get to love them that way.”

The interview covered every aspect of their blissful union, but it was the quiz that reiterated why Wilson and Ciara’s love makes them “marriage goals.”

When Wilson asked his wife about his biggest fear, she responded to his question with lightning speed.

“Not being prepared,” Ciara quickly responds.

“Yeah, but I probably have one bigger than that,” her husband responded.

The couple also implemented a rule that doesn’t allow them to go longer than five days without seeing one another.

Marriage isn’t easy, but Wilson and Ciara are clearly doing the work to make it last.