Ryan Leslie Ordered to Pay Up On Reward Promise 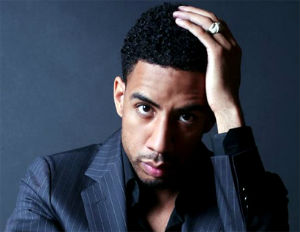 Ryan Leslie is going to have to put his money where his big mouth is, according to a Manhattan jury.

Leslie lost his laptop in October 2010 and turned to what seems to be his social medium of choice, YouTube, to plead for its safe return. He tacked on an initial reward of $20,000 as incentive for its return, but upped the ante to a cool $1 million.

But, when the laptop was returned to the Grammy-nominated “Addictionâ€ crooner, Leslie decided to act brand new, like the whole YouTube incident never happened.

Well, the German mechanic who found it while out walking his dog didn’t take too kindly to that, and sued the singer, and the jury agreed — unanimously that Leslie owed Armin Augstein, the man who found it and returned the laptop to German authorities.

“I’m very happy . . . that the American judicial system, which is so totally different from ours, functioned so well with a jury that are not professionals and are laymen,â€ he said in German through one his lawyers, Steven Thal, according to the New York Post.

Still, Leslie doesn’t feel bad for his douche-y move of trying to cheat the man and avoid from keeping his word. He is considering filing an appeal.