Ryanair's Trans-Atlantic Fares 'Should Start At $10' 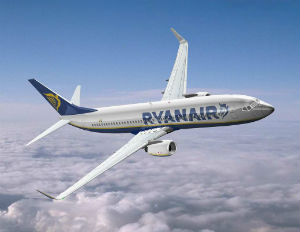 Ryanair, Europe’s biggest budget airline, could start selling low-cost trans-Atlantic flights if it secures enough twin-aisle aircrafts and gains access to cities in both Europe and the United States, its chief executive said on Wednesday.

“This will be a unique opportunity to bust open the trans-Atlantic services. Trans-Atlantic fares should start at $10 or 10 euros,” said Michael O’Leary at the Paris Airshow.

Any move into the competitive trans-Atlantic market would see the Irish short-haul carrier follow in the footsteps of Laker Airways, which began low-fare flights from London to New York in the late 1970s but went bankrupt in 1982.