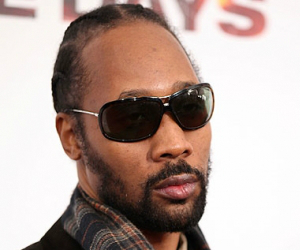 RZA is no stranger to TV as he has had a recurring role on Showtime network’s hit show “Californication.”

RZA will play the role of Cassius, a cop, who is the best friend of the lead character, Ryan Lopez. The show centers around Lopez’s character, a gang member who plans on infiltrating the San Francisco Police Department Gang Task Force and his struggle to balance both identities.

RZA is also no stranger to the big screen as he has co-starred with Denzel Washington inÂ American Gangster and released his directorial debut,Â The Man With The Iron Fist, last year with Lucy Lui, Eli Roth and Russell Crowe.