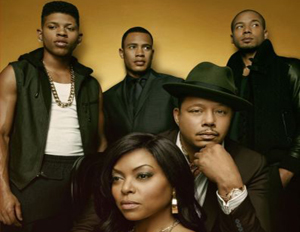 Saks Fifth Avenue is helping fans to dress like Cookie LyonÂ and the whole Lyon family this fall.

According to The Wrap, you can pick up your favorite fashion looks inspired by the Fox series Empire just in time for the show’s season two premier this September.

The Wrap reports, the star-studded collections will include fine jewelry from Alexis Bittar, women’s ready-to-wear apparel from Cushnie et Ochs, men’s and women’s footwear from Jimmy Choo, and handbags and accessories from MCM.

“This unprecedented partnership with Saks Fifth Avenue, Alexis Bittar, Cushnie et Ochs, Jimmy Choo, and MCM celebrates Empire‘s mark on the fashion world,â€ says Jeffrey Godsick, president, Twentieth Century Fox Consumer Products. “The influence Empire has had on so many aspects of popular culture proves it has the ingredients to become a stand-alone fashion brand.â€

And if that’s not enough to get you through its doors, Saks will feature Empire-curated windows in their New York and Beverly Hills flagship stores from Sept. 10 to Oct. 7, and Empire actor Trai Byers will also be featured on the cover of Saks Fifth Avenue’s fall magazine.

Check out some of the selections: