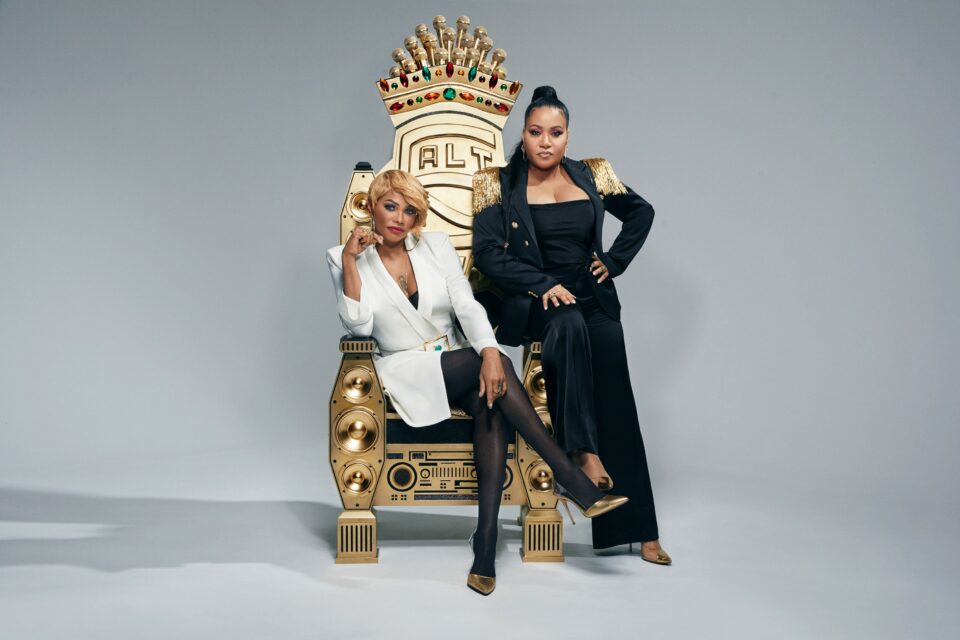 Over 35 years later and Salt-N-Pepa’s “Push It” still has the iconic rap duo cashing in checks!

Super Bowl LVI viewers were reminded of the song’s continued relevancy after hearing it included in Frito-Lay’s Flamin’ Hot spot for both Doritos and Cheetos.

Speaking with BLACK ENTERPRISE, the rap icons opened up about Frito-Lay reimagining their hit “Push It” for the 2022 Super Bowl.

With Megan Thee Stallion being among the new wave of hip hop and the latest musical artist to sample “Push It” on her new “Flamin Hottie” single, Salt-N-Pepa also shared their bond and mutual love for Megan Thee Stallion. Pepa takes pride in her Jamaican heritage and fully embraces Megan carrying on Salt-N-Pepa’s”hot gyal” legacy.

Megan’s “Push It” sample is only the latest of a long line of artists that have sampled Salt-N-Pepa’s original version over the years. With so many samples, it’s hard for the rap veterans to keep up. But they acknowledge the history of hip hop and how they also sampled other music when crafting the 1986 hit.

“Push It”s new sample and Super Bowl feature come a little over one year after the successful response to their 2021 Lifetime biopic Salt-N-Pepa. The longtime friends still possess youthful and playful energy that is reflective of what made them the first female rap duo to gain worldwide fame.

In addition to the checks they’re cashing from artists sampling their music, Salt-N-Pepa also have new music on the way for the hip hop community and an upcoming tour with fellow 80s pop stars New Kids On The Block.

Press play below for Salt-N-Pepa’s full breakdown on their new music and upcoming tour!