SALUTE, YOUNG KING: Chicago Junior Makes History At His School By Achieving A Perfect Score On His ACT Exam 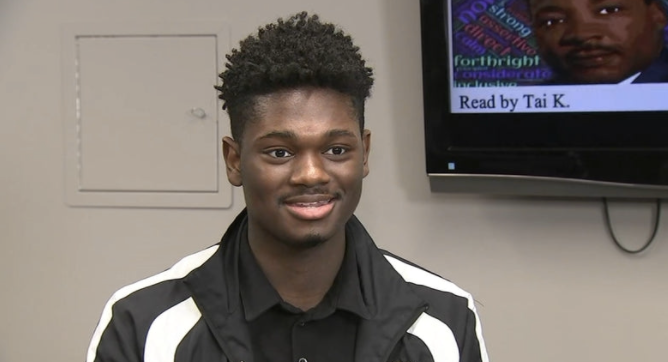 A high school junior from Chicago has made history at his school.

FOX 32 News reported that Mario Hoover is the first student at Providence-St. Mel School to achieve a perfect score on the ACT standardized college admissions exam in the institution’s 43-year history.

Hoover, a Chicago west sider,  scored a 36 on the test. The brilliant teen also sings in the school’s concert choir, runs track and is on the debate team. Not to ignore his philanthropic side, he also volunteers at the local boys and girls club.

Hoover admits to not always being confident. He diligently prepared for the ACT by taking practice tests and pacing himself during the timed practice exams.

“He is the future of Black history, in the sense that he has made history here in the present, and that’s going to live on forever,” the proud principal said.

In a city where the odds are stacked against the bright teen, Hoover left Chicago Public Schools to attend Providence-St. Mel School in the third grade. His previous educational experience was a stark contrast to the demands of his new school. Hoover noted that during his time in public school– he rarely had homework, so the transition wasn’t easy. The high schooler learned that if he didn’t complete his work– he wouldn’t pass.

The now-college preparatory school was once a Catholic school. In 1978, the Archdiocese sold the building to Paul J. Adams III– who served as a guidance counselor before becoming the principal.

Hoover also praised the school for its dedication to its students’ education. Even though Hoover is diagnosed with ADHD, he has mastered ways to help him study with help from his teachers. He admitted that they also told him they saw his potential.

“They make us study and practice for the ACT. I’ve been practicing since like the sixth grade. They reward us,” he added. “We have the honor’s assembly every quarter, and they reward us for our achievements. So it’s a very rigorous process, but it’s a very rewarding one.”

Currently being raised by a single mother, Hoover doesn’t take for granted that he’s blessed to be able to attend the acclaimed school. He also hopes he inspires others from his neighborhood and city.

“Not everybody has the best access to education. But once provided with those tools and resources to succeed, a lot of people have the potential to. I see potential everywhere as I walk through my neighborhood,” Hoover said. “It breaks the notion that people from the West Side can’t succeed. I hope people look at me and think they can do it as well.”

The ambitious teen is also a gifted musician who was recently accredited by the Illinois Music Education Association.

Hoover aspires to be a neurosurgeon and wants to attend Columbia University in New York, majoring in neuroscience and minoring in music. His mother told FOX 32 that the Ivy League school had already contacted her son.