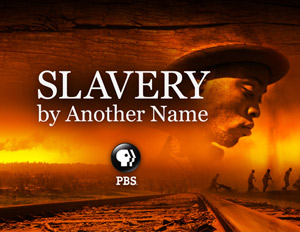 Sam Pollard might not be a household name outside of film industry circles, however, if you’ve ever watched Style Wars, Juice or When the Levees Broke, you know his work. For the last four decades, Pollard has edited, directed and/or produced some of the most important films about the Black experience. Also known as Spike Lee‘s go-to editor–on movies such as Jungle Fever and Bamboozled as well as documentaries like the Oscar-nominated 4 Little Girls–he has now grabbed the reins of his own project.

Pollard’s latest is Slavery By Another Name, an illuminating documentary about the new system of human labor trafficking and involuntary servitude that White Southerners developed to subjugate many African-Americans for years after the abolition of slavery. The film is adapted from a Pulitzer Prize-winning book of the same name by journalist Douglas Blackmon and features narration by Laurence Fishburne. BlackEnterprise.com caught up with Pollard to discuss the film, which premieres tonight, February 13, 2012 at 9pm EST on PBS, and how it opens a door to a largely forgotten episode of American history.

What struck you about Douglas Blackmon’s book that said it would make a great documentary?

What struck me was that there was this little known part of African-American and American history. I’ve done a lot of stuff related to the African-American experience, but I didn’t know about this story of the re-enslavement of African-Americans after the Civil War through chain gangs and debt peonage. The subject really fascinated me. Then Douglas had created some very visual characters, like the gentleman named John Davis who was arrested walking [along some railroad tracks] and a woman whose brother had been taken and never found again. I thought that because he had such vivid characters that it would be great to translate it to film.

What are some of the biggest challenges you faced making the film?

The biggest challenge when you do these historical docs is how you visualize it. You have stills. We used interviews with historical scholars and in my past experience I’ve done reenactments on a particular level I didn’t think were really well produced. I thought because of the budget we had and with the support of Twin Cities and Doug [Blackmon] that we could raise the money needed to do reenactments that were quality and that had great production values. Then we hired some interesting actors that could give you the feeling that you’re not really watching a documentary but a good strong fiction film.

Perhaps the strongest character is Ezekiel Archie, who was a young child when slavery ended but wound up toiling in Alabama coal mines as an adult and later caught in convict leasing, a system where inmates were loaned out to private companies to do hard labor. His letters complaining of the conditions are incredibly moving.

He wasn’t in my initial conception. But as we started to do research and found his letters and then when I cast Raymond Spencer, the actor, that was like gold. There’s something about his eyes. I auditioned him with about four or five other actors. I knew immediately that this was the guy.

What do you think the film says about American history? It’s such a little known part of it but such a huge part of it at same time…

That American history is very complicated. It’s as easy to say that the Emancipation Proclamation freed all these African-Americans and life was better for them. In lots of cases, it wasn’t. It was a constant struggle. What’s always interesting about unearthing this history of the African-American experience is that it’s always been a constant struggle to find our places culturally. It goes back to what W.E.B. Dubois said about double consciousness…where we as Black people are struggling with our identity about who we are as Americans. Are we African-Americans or just Americans? It’s a constant struggle because this country is constantly pillorying us to say we don’t have an identity, we don’t amount to anything. But the thing is that we as people, not matter what the obstacles, we love this country. No matter what White people and the American government do to us, we love this country. We will fight in the Civil War. We will fight in the Spanish American War, WWI, WWII, Korea, Vietnam, and we get the door stopped in our face. We’re told to go to the back of the bus, we’re told we can’t drink at the water fountains but we still love America. It’s amazing.

7 Days of Boss Moves, Day Six: Perfect the Art of the Follow-Up