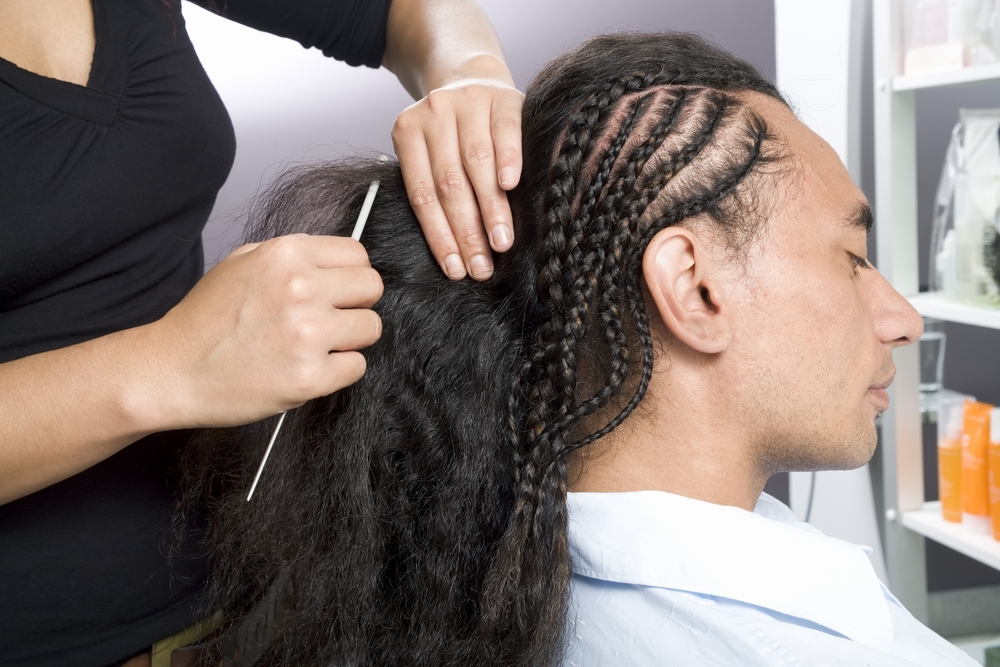 Offer rental space to barbers and braiders. Making room for stylists with multiple talents will bring in a new and diverse clientele. Now would be a great time to learn to braid well, or brush-up on the services that barbers usually perform.

A sophomore student at Mater Dei High School in San Diego had been suspended and told to cut his braided hair last week because it was out of compliance with the school’s dress code. He was then given an in-school suspension for “arguing and insubordination” after questioning the rule and the order, said his mother, Melissa Harden, according to The San Diego Union-Tribune.

The incident was taken to social media and after it caused an uproar, the school’s leadership informed Harden Monday afternoon that they will allow her son to return to the school Tuesday and that he does not have to make any changes to his hair. The school also is taking the suspension off his permanent record. The student had missed a total of three school days because of the initial decision.

Harden said she did not understand why her son was being punished because the length of his curly hair has been the same since he started at Mater Dei in 2018. It wasn’t until he showed up with braids in his hair last week that he was reprimanded for his hair. “My son has the right to not cut his hair. He has beautiful hair,” Harden said.

The story picked up steam when local activist Tasha Williamson, who is running for mayor, publicly pleaded with private schools in San Diego County to stop policing black hair. She took to Facebook with this message, “Day 2.5 of a hair suspension from Mater Dei: We are launching a campaign of awareness and asking every private school in San Diego County to stop the practices of hair suspension discrimination in line with the Crown Act. Mater Dei is a private Catholic school with the Catholic Diocese of San Diego overseeing it. Catholic religion believes in Jesus Christ who adorned “locs” on his head. I could not agree more with Pope Francis when he said, ‘2020 is off to a rough start.’ I also agree in context of this hair and cultural issue that it is beyond time we acknowledge the many troubling cultural issues that happen in San Diego County.”

“We understand that this is a broader issue than braids. It is an issue of cultural sensitivity, of rules being used in discriminatory ways and the lack of professionalism to sit down and discuss the concerns to seek resolution. The end result will be to launch a campaign of awareness, inundate businesses with calls, have press conferences, protest and litigation to set precedents to limit the impacts hair has on the wearer.”

“I have contacted Senator Holly Mitchell’s office to make them aware of what is going on in Chula Vista. We are hoping to ensure that the Crown Act prevents this type of discrimination by ensuring all schools understand the disproportionate impacts this has on children from cultures where braiding is as natural as their skin. #WearYourCrowns“