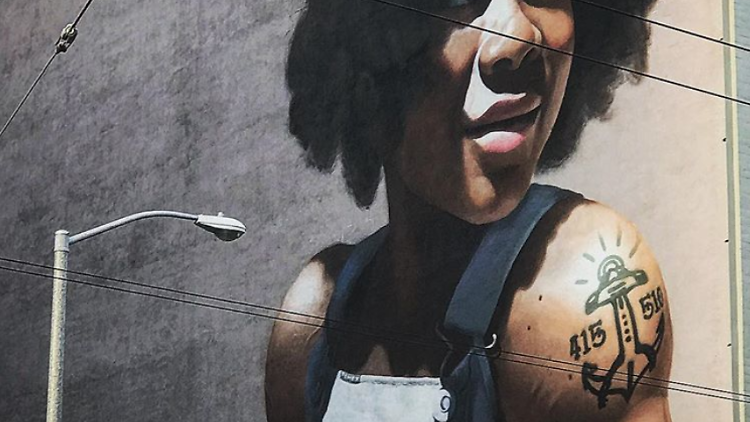 San Francisco is guaranteeing $1,000 for more than 130 artists per month for six months.

On Thursday, San Francisco Mayor London Breed announced the pilot program, saying “the arts are critical to our local economy and are an essential part of our long-term recovery,” according to the San Francisco Chronicle.

Artists can apply until April 15 via the Yerba Buena Center for the Arts website.

The money is directly deposited into artists’ bank accounts, the city is cooperative in helping artists without accounts.

The CEO of the YBCA, Deborah Cullinan, said the program will determine which candidates are the most eligible for the guaranteed income, but the selection process is randomized through a computerized system.

The website also has a liberal definition of what it considers an artist: “Someone who actively engages with the community through music, dance, creative writing, visual art, performance art, installation, photography, theater or film.”

However, there are qualifications that candidates must have: they have to be a resident of San Francisco and the artist must be someone “whose artistic practice is rooted in a historically marginalized community,” Cullinan said. Furthermore, candidates must live below a particular means: a single person can only qualify if he or she has an income less than $60,900. For a two-person household, $69,600 or less combined.

“We talked about different ways we were gauging how we could reach BIPOC (Black, Indigenous and People of Color), disabled, LGBT people, people displaced and below the poverty line,” San Francisco Bay Area Theatre Co. co-founder Rodney Earl Jackson Jr. said. “A lot of artists fall in those categories.”

This means the additional income would not provide much financial gain to artists.

“There are people living in challenging circumstances right now. We want to move as quickly as we can to get them the resources they need,” Cullinan said.