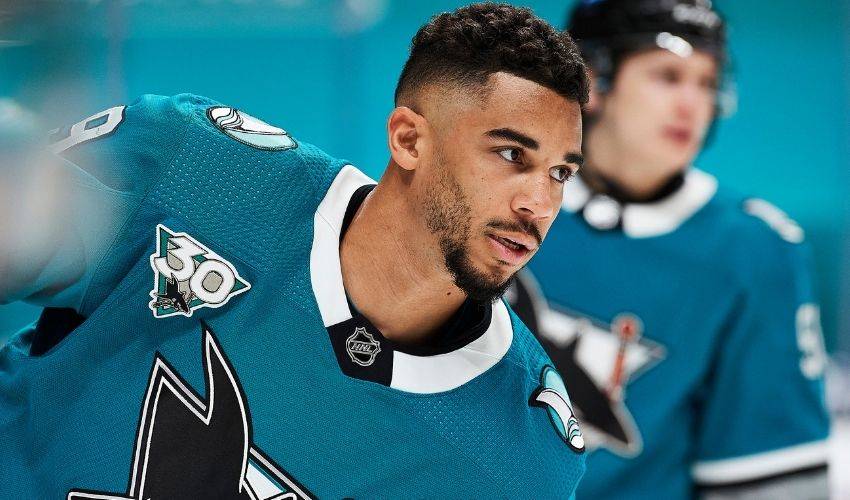 A professional sports player has been suspended without pay for submitting a fake COVID vaccination card.

According to the National Hockey League (NHL), San Jose Sharks left wing, Evander Kane has been suspended for 21 games due to violating NHL COVID-19 protocol.

The 30-year-old player was not with the Sharks during the preseason training camp and hasn’t returned to regular play this season yet. Kane did not play in the team’s 4-3 season-opening win against the Winnipeg Jets over the weekend. He will be eligible to make his return on November 30 when the Sharks play against the New Jersey Devils on Nov. 30.

“I would like to apologize to my teammates, the San Jose Sharks organization, and all Sharks fans for violating the NHL COVID protocols,” Kane said in a written statement. “I made a mistake, one I sincerely regret and take responsibility for. During my suspension, I will continue to participate in counseling to help me make better decisions in the future. When my suspension is over, I plan to return to the ice with great effort, determination, and love for the game of hockey.”

Kane was a powerful force last season when he led the Sharks with 49 points (22 goals, 27 assists) in 56 games. After signing a seven-year contract with the San Jose Sharks on May 24, 2018, he still has four seasons remaining.

“The NHL has advised our organization that Evander Kane has been suspended without pay for 21 games for an established violation of, and lack of compliance with, the NHL/NHLPA COVID-19 Protocols. While we are encouraged by Evander’s commitment to moving forward, we are extremely disappointed by his disregard for the health and safety protocols put in place by the NHL and the NHLPA. We will not be commenting further on Evander’s status prior to the conclusion of the NHL’s mandated suspension.”

Kane has recently been the subject of several investigations by the NHL. His wife, Deanna had alleged that the Sharks player has gambled on NHL games. The couple is currently in the process of getting a divorce.

Last month on September 22, the NHL announced that there was not any evidence to support Deanna’s gambling claims but there are currently two additional investigations into Kane that had been opened. The NHL said Monday that its concurrent investigation into allegations of domestic abuse made against Kane by his estranged wife could not be substantiated.