Sasheer Zamata: What Roles Will She Play on SNL? 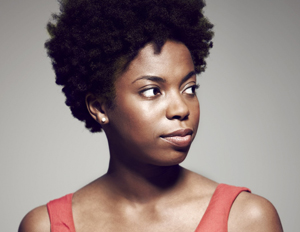 Sasheer Zamata created a huge buzz when it was announced that she would be joining the cast of Saturday Night Live ‘SNL’ on January 18th. Many people were pleased by the announcement, especially in the black community, but with the joy came apprehension. What kind of roles would she be playing?

Along with her hire two black female writers were also added to the team, LaKendra Tookes and Leslie Jones.

Uptown Magazine took a look at some of the conversations going on through black media sites.

“Yesterday, I read an article on Clutch by writer Dioni L. Wise titled “7 Characters I Don’t Want Sasheer Zamata to Play on SNL.â€ After reading her well-written piece, I had three non-consecutive reactions. First, I laughed at her list because I’m extremely confident that she will end up witnessing every character/caricature she DOESN’T want to see, especially when Zamata has already played some of them, likeÂ Michelle Obama for example.”