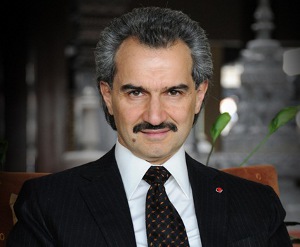 Twitter is here to stay and the value of micro-blogging site can only increase– at least that’s what Saudi Arabian Prince Alwaleed bin Talal is betting on. Ranked the richest Arab in the world with a reported net worth of $21.3 billion, Prince Alwaleed was already a media mogul with stakes in Time-Warner and News Corporation as well as plans to launch his own Alarabi news channel in 2012.

Through a press release the banker and financier announced that his Kingdom Holding Company (KHC) is investing $300 million in Twitter for an estimated 3% stake in the company (unlisted Twitter is valued and just over $8 billion by analysts). “Our investment in Twitter reaffirms our ability in identifying suitable opportunities to invest in promising, high-growth businesses with a global impact,â€ says Prince Alwaleed in the release.

Click here to read the full article at BlackEnterprise.com/BENext