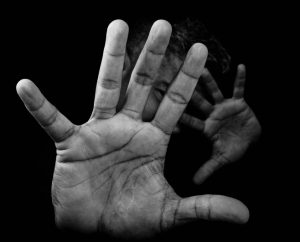 “I come from a family of mothers and daughters, who survived over 60 years of domestic violence. It’s the story of my grandmother, my mother, myself, and my daughter. And it would be the story of my daughter’s little girl, whose name is Promise, that became the fifth generation, as she lay in bed next to my daughter while she was being strangled by Promise’s father.â€

So began my astonishing interview with L.Y. Marlow, founder of Saving Promise, the national campaign to stop intimate partner violence.

Marlow grew up in poverty, but went to school for 16 years at night, eventually earning three degrees, including an M.B.A. After enjoying more than 20 years in a corporate career that included technology, engineering, and project management and a stint at IBM, Marlow walked away from it all to start Saving Promise.

“There are men abusers, but women abusers, too–men are also victims of abuse.â€ Marlow also notes that abuse isn’t always physical; it can be psychological, sexual, verbal, or financial.

“What I’m most excited about, though, is our new partnership with the Harvard T.H. Chan School of Public Health. This partnership will develop a learning lab to research and better study domestic violence, and put forth greater education, prevention, policies, and the like to change the trajectory of this global health crisis,â€ Marlow says.

The organization, whose whole focus is prevention, is taking a multi-disciplinary approach. “We want to reach people where they live, work, play, and even pray,â€ says Marlow.

In addition to targeting public and private schools, Saving Promise is also working with the healthcare sector and the workplace. However, schools are an important target. Marlow says, “Young people ages 13—28 experience the most intimate partner violence.â€

She also categorizes this abuse as a health crisis, because the impact on health can be severe. “Domestic violence causes chronic and communal diseases, such as heart disease, cancer, stroke, and diabetes,â€ Marlow says. “It also causes PTSD and other mental health issues.â€

Women of color are disproportionately impacted by domestic violence, Marlow says, citing a statistic that black women are three times more likely to be abused by an intimate partner.

For more about the important work of Saving Promise, visit its website.