Saweetie Talks Her Champion 'Get it Girl' Campaign and Renaissance Workshop 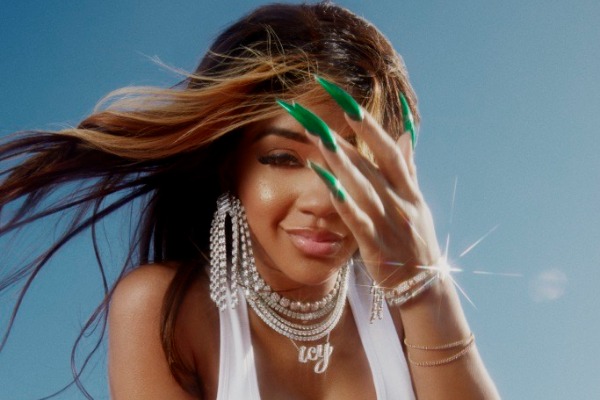 Platinum-selling rapper Saweetie is all about female empowerment and is using her new Culture Consultant role with Champion to unite women and girls from all walks of life.

Speaking with BLACK ENTERPRISE about her new “Get It Girl” campaign, Saweetie shares her passion for spreading girl power and how her background in sports aligned with Champion’s mission for the initiative.

As her first order of business, Saweetie chose to spotlight the “Champion Circle” of 12 diverse women collegiate athletes and players. Using her new “Get It Girl” single, Saweetie highlights the female athletes who play by their own rules and look good while doing it.

Each member of the “Champion Circle” featured in the spot was outfitted in gear that highlighted their unique flair, swagger and creativity in their respective sports. The athletes also served as models for the latest Champion collections including Soft Touch bra and leggings.

As an extra layer of girl power, Champion enlisted the help of an all-female production team spearheaded by Director Hannah Lux Davis to film the vibrant ad. Taking part in the campaign took Saweetie back to her athletic roots as a former track and field athlete in high school.

Saweetie shares how her former teammates and her current team of powerhouse women serve as inspiration for her career in music. The Oakland native also dished on her “Pretty B.I.T.C.H. Renaissance Workshop” where she taught women the importance of being a boss.

With her debut album still not having a release date, Saweetie teases what fans can expect from her first full-length release.

“Having your first album is like having your first child,” Saweetie told BLACK ENTERPRISE. “So, I’m just trying to make sure that I’m raising it well and when I put it out to the world it represents everything that I stand for.”

Press play below for the full interview and highlights of Saweetie’s new “Get It Girl” ad.