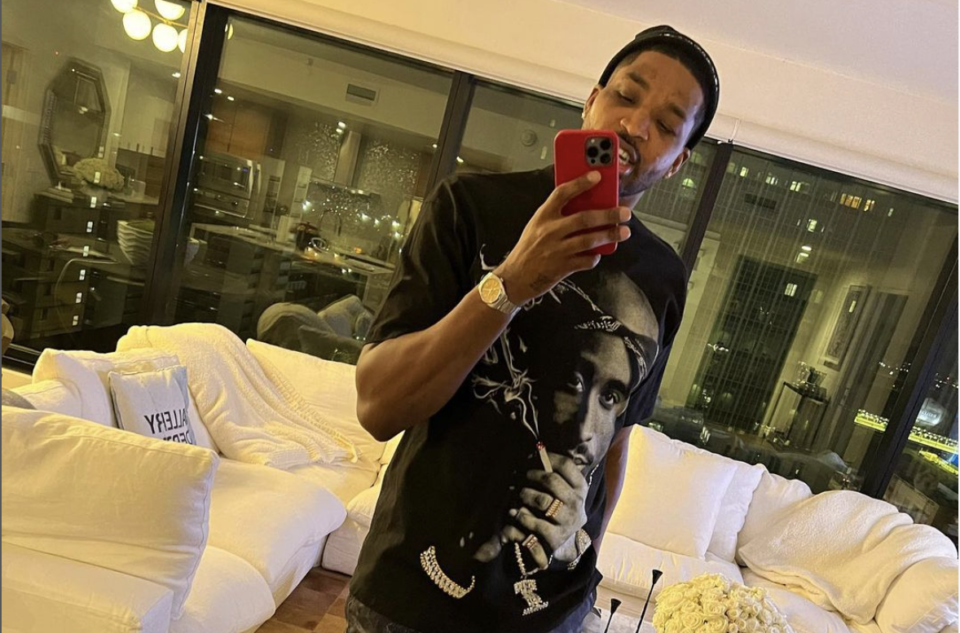 NBA baller Tristan Thompson is reportedly not living up to his duties as a father, according to his most recent child’s mother, Maralee Nichols.

Thompson’s former trainer and sidechick took her gripe with the newly-signed Chicago Bulls power forward to Page Six, giving a statement to the publication on Feb.13 regarding Thompson’s absence from their two-month-old son’s life.

“Despite news reports stating otherwise, Tristan Thompson has done nothing to support his son. He has not made any attempt to meet their son, nor has he provided any financial assistance,” Nichol’s rep, Harvey Englander, told the news outlet.

Though predictable, given past communications between him and Nichols, Thompson’s actions are far from posts he shared on Instagram in January apologizing to Nichols while attesting to co-parenting with the woman. The pair confirmed through DNA testing that Thompson was the newborn’s father.

“Today, paternity test results reveal that I fathered a child with Maralee Nichols. I take full responsibility for my actions. Now, that paternity has been established. I look forward to amicably raising our son. I sincerely apologize to everyone I’ve hurt or disappointed throughout this ordeal, both publicly and privately.”

The 30-year-old NBA player also apologized to Khloe Kardashian, having been caught being unfaithful numerous times.

Thompson has three children with three different women: son Prince, 5 (mother is Jordan Craig), daughter True, 3 (with Kardashian) and his newborn with Nichols.

When Nichols reportedly became pregnant, Thompson offered to pay the woman $75,000 to abort the baby and then the money was for her to keep quiet about the child.

“You know how I feel. My feelings haven’t changed at all. Won’t be involved at all. Btw if you think having this baby is gonna make you some money. It’s completely wrong.”

A screenshot of a text message read, “You are aware that I’m retiring after this season. So in terms of support, it will be whatever is required monthly or for someone who’s unemployed. It’s texas (sic), so it will be only a couple hundred dollars. So you better off taking this 75k I’m offering cause you won’t get nothing near that with having a kid with a father who’s unemployed.”

A judge has yet to determine how much Thompson will pay Nichols in child support, but experts speculate that Nichols could receive as much as $40,000 per month based on the baller’s income.

Although Thompson hasn’t addressed Nichols’ claims, the profile pic on his Instagram is of Prince and True, seemingly the children he acknowledges. He also had a recent dinner date with his baby girl.

Hopefully, Thompson will support his son even if he doesn’t give Nichols access to him.