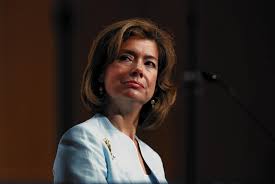 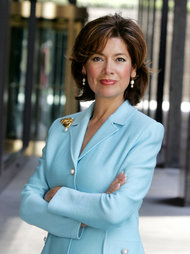 The newly appointed head of the Small Business Administration (SBA), Maria Contreras-Sweet would bring years of real-world banking and SBA experience to the position. The Senate has scheduled a hearing Wednesday to confirm her appointment.

Contreras-Sweet would take the reins of the SBA nearly a year after the agency’s former administrator, Karen Mills, announced her resignation. She also would become theÂ second Hispanic in Obama’s second-term Cabinet.

Contreras-Sweet knows firsthand what it means to start a small business. In 2006, she helped organize what is now called ProAmÃ©rica Bank in Los Angeles, and she remains its chairwoman. ProAmÃ©rica is a small bank with just $123 million in deposits and a loan portfolio of $108 million, according to data from the Federal Deposit Insurance Corporation.

The bank, which offers bilingual services, aims to provide capital and services to small and mid-size businesses that often lack access to larger, traditional financial institutions. The bank was formed for the purpose of serving the Latino business community, and its customers have sales ranging from $1 million to $20 million, reports the New York Times.

Before founding ProAmÃ©rica Bank, Contreras-Sweet was the president and co-founder of Fortius Holdings, a private equity and venture fund specializing in providing California’s small businesses with access to capital.

In addition to small business financing, Contreras-Sweet is also familiar with the SBA’s counseling programs. ProAmÃ©rica Bank has teamed up with the small business development center at Santa Monica College, which is partly financed by the SBA.

Born in Guadalajara, Mexico, Contreras-Sweet immigrated to the United States at age 5. Her career represents a mix of corporate and government experience. She served as secretary of the California Business, Transportation and Housing Agency between 1999 and 2003, overseeing 40,000 employees and working on issues ranging from real estate and financial institutions to public transit and highway patrol. During her tenure as secretary, she created the Department of Managed Care. She also advocated for major job creation and public investment in infrastructure and housing.

“As we work to keep our economy growing, Maria will be charged with looking for more ways to support small businesses,” President Barack Obama said about his appointment of Contreras-Sweet as SBA adminstrator, “to help them get that good idea off the ground, to expand, to hire, to sell their products and ideas not only in our domestic markets, but also overseas. And I’m absolutely confident that she is going to do an outstanding job as our Small Business Administrator.”

Ron Busby, president of the U.S. Black Chambers Inc., applauded the president’s selection of Contreras-Sweet, which he states “will be key to strengthening the nation’s small businesses, but also crucial to the flourishing of the economy as a whole,” Busby said in a press statement. “The SBA made great strides under the leadership of Karen Mills. We believe Maria Contreras-Sweet, with her strong background as a minority and woman small business owner and business banker, would serve to build on that success.”

FacebookTwitterYoutube
← Build Your Voice, Build Your Brand: 3 Steps to Gaining a Professional Platform ← How to Successfully Launch a Product on Facebook
×