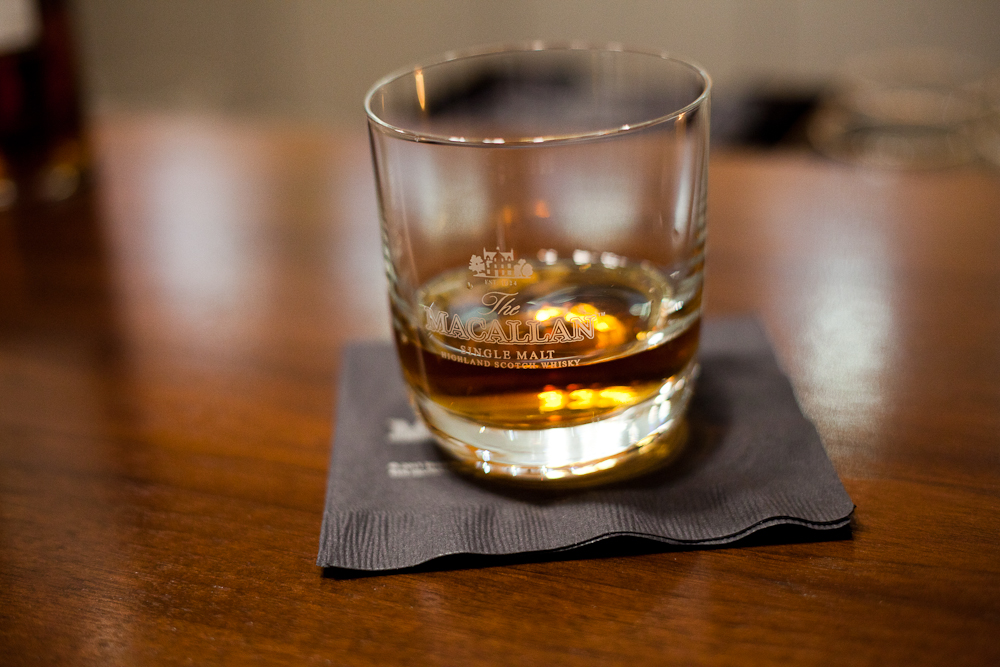 Who said Scotch is only for hoity-toity businessmen, who rock smoking jackets and puff on expensive cigars? In recent years, the popular spirit, which was once a beverage only consumed by men 45 and older, has become a viable drink option for women and young bar patrons worldwide. Brands like The Macallan, a premium single malt Scotch established in the 1800s, are on a mission to convert younger generations, and debunk the myth that you’ve got to be long in the tooth to enjoy the hooch. “My aim is to move away from the stereotype that Scotch is made only for an older demographic by raising awareness among young professionals, who enjoy quality products and the finer things in life,â€ says Charles Whitfield, The Macallan Brand Ambassador.

In honor of National Scotch Day, Blackenterprise.com has compiled a quick primer on the centuries-old libation. From its ingredients, malts and price points to food pairings and innovative summer cocktail recipes you can create at your next party, we take the intimidation factor out of experimenting with the world’s number one internationally traded spirit drink. So, the next time you’re at happy hour, put down the tequila, push the vodka to the side and swill some Scotch instead–and leave your smoking jacket at home.

Single Malt vs. Blended Scotch
Before you plop down on a barstool at your favorite pub, ready to knock back a dram of Scotch, you need to know what you’re drinking.

Legally, to be called Scotch whisky, it has to be made in Scotland and matured in oak casks for at least three years. Single malt Scotch is made from a single distillery using water, malted barely and yeast. A blended Scotch, which makes up about 90% of all Scotch made, is created using a combination of single malts and is mixed with grain or corn whisky and comes from multiple distilleries.

How to Taste
Save the shooters for tequila night. Sipping Scotch should be a slow, revelatory experience that starts with your sense of smell. “Make sure you nose your Scotch first,â€ says Whitfield, “as your nose is your most powerful sensory organ.â€ After you’ve awakened your senses, Whitfield suggests that a novice sip their Scotch neat to enjoy it in its purest form. You can also add a couple drops of water into the glass to help unlock the flavors and aromas, which can range from subtle, sweet and fruity to bold, robust and smoky. Scotch on the rocks is refreshing, especially during hot summer months, but the ice will slightly numb the flavors.

Price Points
Like any alcohol, Scotch is available in various qualities and prices. If you’re going for a less expensive option (blended Scotch is cheaper than single malts), Whitfield recommends The Famous Grouse. A bottle of the number one blended Scotch in Scotland will run you about $25 at your local liquor store.

Feeling fancy? Try Highland Park 12 YO ($40-$50 per bottle), a single malt known for its intense honey and light smoky notes and sweet aromas.

The Macallan, arguably one of the most luxurious single malts around, is at the premium end of single malt Scotch. A bottle of The Macallan 12 YO Sherry Oak will set you back about $60. If you’re not ready to commit to an entire bottle just yet, a glass of The Macallan in a bar or restaurant will cost around $14.

Food Pairings
Believe it or not, Scotch is similar to wine when it comes to pairing with food. “You should try to match the style of the food with the Scotch,â€ advises Whitfield. “The lighter, more refreshing style of The Macallan Fine Oak goes great with mild cheeses like brie, milk chocolate, fish dishes and salads. The richer more complex dried fruit, sweet spice notes of The Macallan Sherry Oak go great with smoky blue cheeses, dark chocolate, red meat and rich desserts, especially sticky toffee pudding, [which is] my personal favorite.â€

Go to the next page for fun, easy cocktail recipes you can try at home!