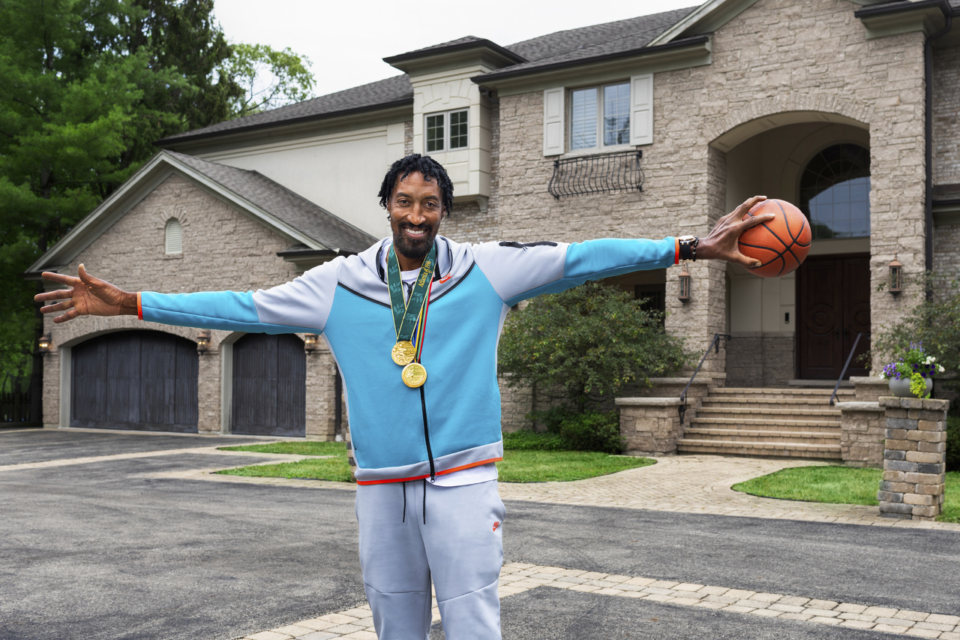 Scottie Pippen announced that he is listing his Chicago home on Airbnb to give fans a chance to “live like a champion” during the Olympic Games.

The six-time NBA champion and two-time Olympic gold medalist will host three one-night stays for up to four people. The base rate is only $92 a night, representing the year that he and his teammates became gold medalists at the Olympic Games Barcelona 1992.

“Being able to represent the United States as an Olympian twice was an incredible honor as an athlete,” said Pippen in a statement. “Playing alongside the best of the best with Team USA will always be a career highlight for me, and I’m excited to host basketball fans at my home to witness the next generation of athletes performing at the top of their sport.“

Pippen is rolling out the red carpet for fans during the Olympic Games.

According to a news release, lucky fans will receive a virtual greeting from Pippen as soon as they check in. There’s access to the indoor basketball court, outdoor pool with television, arcade room, and indoor sauna.

Guests will also have the opportunity to watch the basketball competitions from Pippen’s home theater. From the comfort of Pippen’s home, fans can indulge in sports history and cheer on athletes at the Tokyo games.

If you’re wondering about food, there’s an opportunity to enjoy pre-game snacks. But the ultimate Pippen entrée – steak, a baked potato, and asparagus – may take your taste buds to new levels.

This will be Pippen’s first time as an Airbnb Host. If you miss this opportunity, there are more chances to explore experiences hosted by other Olympians and Paralympians. You can visit Airbnb Olympics starting on July 15 to book your stay.