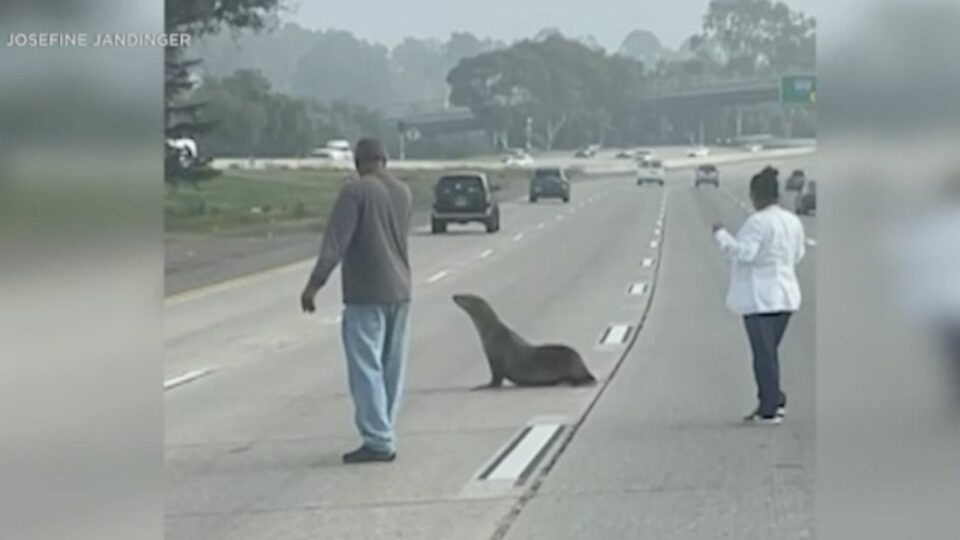 Yet that’s exactly what brought traffic on the 94 East highway to a standstill on Friday morning: a Black couple got out of their cars to divert traffic and help a juvenile male sea lion get across several lanes of traffic.

The amateur rescue effort captured on camera was able to get the animal to a secure enough location for authorities to keep him safe until the Sea World team arrived.

“I couldn’t believe what I was seeing,” said Josefine Jandinger, the driver behind the camera. “It was the craziest thing I’ve ever seen.”

According to ABC News, California Highway Patrol officers ran traffic breaks to help the sea lion to the median where they kept him calm. This isn’t the first time rescuers have had to save this same young 200 lb. bull from unexpected situations though.

Since being rescued near the San Diego airport in November – at which point he was tagged for tracking purposes and released – he’s also appeared near a deli in Mission Bay and on a Naval Base in Point Loma.

“This is the weirdest though,” Otjen told 10 News San Diego. “This is probably the most dangerous situation one has been in, at least in a long time. We were just glad we were able to get out here and take care of things … They are very nimble. Sometimes curiosity gets the best of them and maybe that’s what happened with this guy.”

As to how he ended up from the San Diego  Bay onto the highway, maps show a 3-and-a-half mile path up the usually dry Chollas Creek that could have served easily served as the sea lion’s path due to recent rains.

“If he found some water, and just kind of kept going up that way, then that is what makes sense,” Otjen concluded.

Marine biologists at Sea World are currently studying the animal to ensure that a medical condition is not causing his frequent escapades.