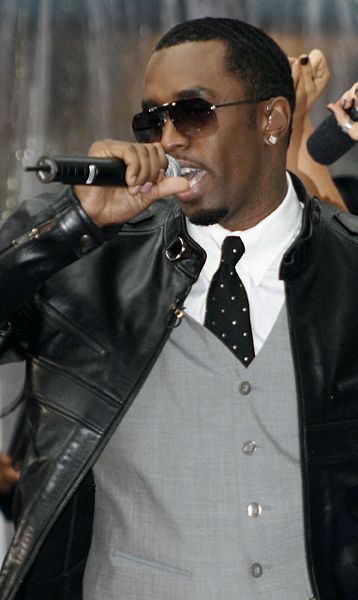 Business mogul and entrepreneur, Sean “P. Diddyâ€ Combs was honored with the inaugural Reginald F. Lewis Award July 6. The award presentation was part of a fundraiser event to raise money for the Reginald F. Lewis Museum of Maryland African American History and Culture, the second largest museum of its kind in the nation.

“It’s truly a humbling experience,â€ Combs said. “The way I can try to explain to everybody the importance of [this award]: Imagine if you’re a basketball player, and they say your name in the same sentence as Michael Jordan.â€

“Diddy is the Jackie Robinson of clothes and entertainment,â€ Lewis said. “Diddy, like Reginald F. Lewis, is a creative visionary.â€

Lewis, who passed away in 1993 after complications from brain cancer, had a penchant for deal making and an astute business sense. He cemented his legacy with the $985 million acquisition of TLC Beatrice Foods Co. It wasn’t long before the company reported gross sales of $1.8 billion, making it the first black-owned company to pass the billion dollar revenue mark. The deal solidified Lewis’ prowess, thrusting the company to the top of the BE INDUSTRIAL/SERVICE list for 11 years as the largest black-owned business in the nation.

Boasting a list of impressive ventures and an eye for talent, Combs made his mark as a record executive when he signed rapper Christopher “Notorious B.I.Gâ€ Wallace to his label, Bad Boy Records, in 1994. Bad Boy saw major music industry success, with a roster of multi-platinum-selling and Grammy-award winning artists. The company expanded into Bad Boy Worldwide Entertainment Group, a unit that includes ventures in marketing, television production, and apparel, in particular, the Sean Jean clothing line, launched in 1998.

Last year, Combs embarked on a joint venture with Diageo PLC to develop its Ciroc vodka line, where he serves as brand manager. He is also executive producer for MTV’s Making the Band series and Run’s House.

“We still struggle, but it’s easier now because of men like Reginald Lewis and Frank Savage,â€ Combs said. Savage, a financier who received his first big break from Lewis, was also honored, along with his wife, Lolita.