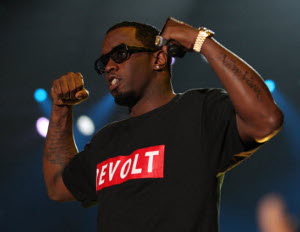 Revolt TV, the upcoming cable network led byÂ Sean “P Diddy” Combs, has finalized a national carriage agreement withÂ TimeÂ Warner Cable.Â Together with previously announced distribution, this will make Revolt one of the largest launches in cable TV history when it goes live this fall.

Designed as a multimedia platform for a new generation of artists and innovators, Revolt TV is a real-time, socially connected television network launching in Fall 2013. Its programming focuses on live performances, music videos, news and interviews, as well as offering talk shows and original series, with a mission to equally reflect and impact popular and music culture.

In February 2012, Comcast announced that Revolt would be one of four new minority-owned independent networks broadly distributed by the cable provider.

Revolt TV is led by entrepreneur and media innovatorÂ Sean Combs, recognized as one of the most influential businessmen in the world by Time Magazine, CNN, MTV, Warner Bros. Records and Live Nation veteranÂ Andy Schuon.

Revolt TV will be available to Time Warner Cable customers when it launches in the fall.Â  This broad reach is especially significant for Revolt TV in gaining early traction in major urban markets across the United States.

“This is a landmark distribution deal that demonstrates Time Warner Cable’s commitment to bringing a platform for music artists and fans to their subscribers,” stated Revolt TV Founder and ChairmanÂ Sean Combs. “It positions Revolt to come out of the gate strong, and we look forward to igniting the passion of initial audiences across the U.S.”