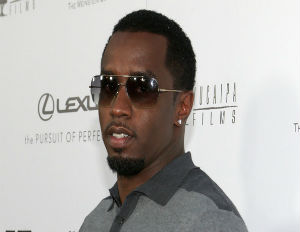 The NBA and Sean John announced a presenting sponsorship of musical performances during the State Farm All-Star Saturday Night festivities, pregame and halftime of the 2013 NBA All-Star Game.

Alicia Keys is being billed as the headliner; she will perform some of her hits at halftime of the All-Star Game on Sunday, Feb. 17. Ne-Yo will perform during the pregame festivities, while Grammy award-winning artist John Legend will sing the National Anthem.

Sean John and Macy’s will display its latest fashion at live NBA experiences at Macy’s stores, which will feature NBA legends and current players.

“With this partnership, Sean John and the NBA are fusing the worlds of style and sports to create fashiontainment,â€ said Jeff Tweedy, President of Sean John. “Together with Macy’s, our exclusive retail partner, we’re excited to launch a series of events and activities that will allow us to showcase the Sean John brand.â€

This year’s All-Star Game is held in Houston, one of the nation’s hottest media markets.

“Sean John has been a long-time partner of Macy’s, and we’re thrilled to combine efforts in support of the NBA, one of America’s greatest sports organizations,â€ said Fred Marione, Macy’s vice president, men’s merchandise marketing. “This dynamic program includes engaging live events at Macy’s stores, allowing us a new opportunity to share the fashion and entertainment expertise of our brands with basketball fans nationwide.â€