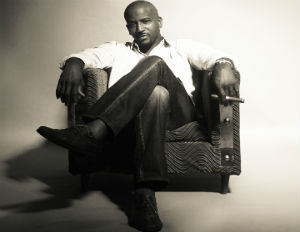 SeanÂ Williams is one of a very few African-American brand owners in the cigar industry. In fact, his cigars have been rated as one of the top brands in the industry and received nominations and 90+ ratings from publications like Smoke Magazine and Cigar Snob Magazine. His company, El Primer Mundo (EPM) Cigars creates a distinctiveÂ portfolio of cigars with complex profiles using the best leaves from countries such as Nicaragua, Dominican Republic, Ecuador, and Brazil.

After experiencing the luxury, smoothness and relaxation of a cigar during a cruise, Williams knew he’d be involved in the cigar industry in some way. He began working with a few factories to create unique blends that offer distinctive profiles that the average cigar enthusiasts could enjoy and afford.

“It took years of trials and errors to build this company to where it is today. I entered an industry that is tight-knit and skeptical of newcomers. But 10 years after my very first cigar experience, I’m able to say that the hard work and planning is paying off,â€ Williams says.

El Primer Mundo Cigars has become one of the most respected and lauded small-batch brands in the premium cigar industry. His product ratings and rankings place EPM amongst the top brands on the market. With his 10-year business anniversary approaching and a new line of cigars in the making, he’s both excited and anxious to get closer to his goals of running an eight-figure business.

When asked about the secret to continuously developing his winning brand, Williams says, “I eat, sleep and literally breathes this cigar lifestyle.Â  It’s important that I’m cognizant of my competitors yet, I have to remain true to my product’s perspectiveâ€. He stays plugged to the consumers and their growing needs and even enjoys smoking cigars from other cigar makers. “I believe in keeping my ear to the streets and my palate open to avoid having a single-minded approach in creating my products.â€

Developing a globally respected and high-ranked brand required Williams to cultivate dependable business relationships and build capital. To compete in a tight-knit industry and come out as one of the best companies meant that Williams had to make smart and tough decisions, despite the chaos and shakiness of entrepreneurship.

Below, Williams provides three tips for entrepreneurial success in the industry:

Williams spends most of his time traveling with brokers, giving attention to his current accounts and closing new deals. When he’s not traveling, he usually ends up on his laptop or phone while smoking a cigar at a few cigar shops in Atlanta.

Sean Williams lives his brand. He studies it and breathes it—all to ensure that the reward of his entrepreneurial path is as luxurious, smooth and relaxing as EPM.

Aniesia Williams brings over a decade of experience to House of Brands in areas of marketing, new media, branding, and client management. Aniesia has provided this expertise to some of the world’s largest brands including Ford, Samsung, Shell, Lionsgate, and BMI, establishing herself as a progressive strategist who understands the needs of companies, agencies, and personalities. She previously served as the CEO of the GOTO Ladies where she led a team representing selected marquee clients and brands. This included experiential programing in digital media, film/TV development, and many areas of lifestyle and culture. Her specialty included developing brand strategy to expand beyond traditional marketing tactics.