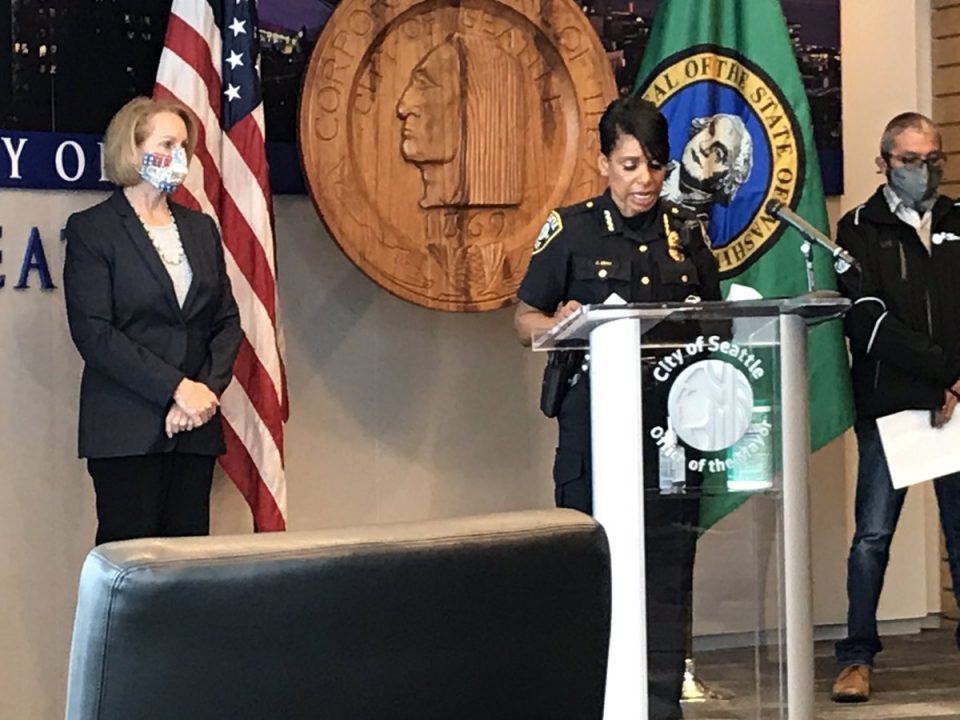 A Seattle City Council member suggested laying off officers by race to deal with a potential 50% budget cut, but Police Chief Carmen Best immediately shut down the idea.

According to Hot Air, city councilmember Lisa Herbold suggested Seattle could lay off officers by race in response to a letter Best sent to Mayor Jenny Durkin saying a 50% cut would lead to the layoff of hundreds of officers.

“We would have to significantly cut or eliminate Bike Units, Foot Beats, Community Policing Teams, and Anti-Crime Teams,” Best said in the letter.

Best also said there would be significant cuts to investigators of violent crime, sexual assault, burglary, domestic abuse, fraud, etc. The public affairs department added in a Tweet July 10 that cutting staff would result in a less diverse workforce.

“Cuts this deep mean we would lose more than 50% of our Black and Indigenous People Of Color officers. These officers’ life experiences make us a better department and community.”

In an effort to solve the problem, Herbold, who supports the 50% cut, suggested the police could lay off officers by race.

In the case layoffs are necessary, one threat is firing BIPOC officers first. Chief can request the Public Safety Civil Service Commission ED for permission to lay off “out of order” when doing so is in “the interest of efficient operations of his or her department.”

Best immediately turned down the idea, saying it would violate federal anti-discrimination law, specifically Title VII of the Civil Rights Act of 1964.

“It is illegal to make layoffs based on race and so I’m not sure where she is getting her legal advice from but the persons who are advising us are making sure we understand that it’s illegal to do that,” Best said in an interview with CBS 7.

In Minneapolis, the city council is taking steps to completely defund and dismantle the city’s police department.