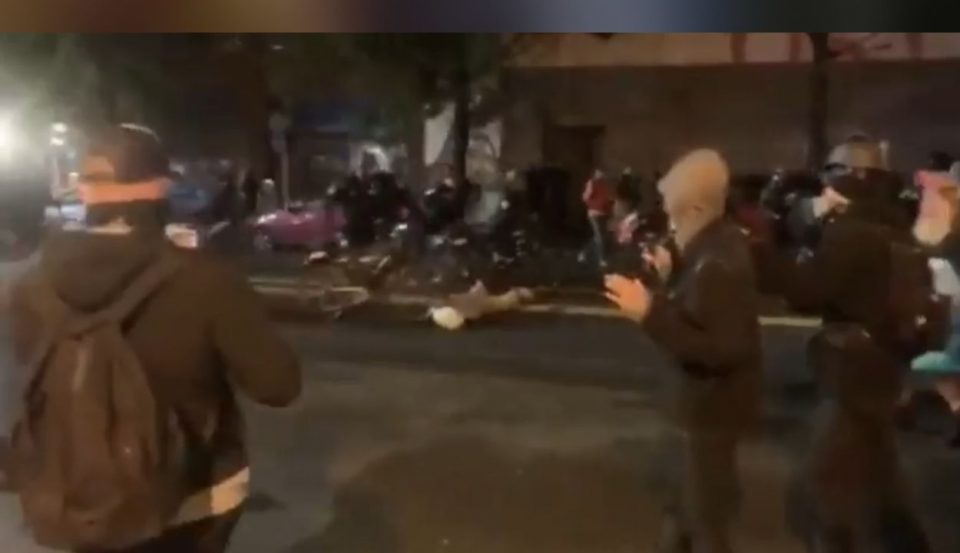 After the decision not to charge any police officers in Breonna Taylor’s death, many states held protests in opposition to the ruling. In Seattle, during one of those protests, a Seattle police officer was accused of purposely riding his bicycle over a protestor’s helmeted head as the man laid down on the street, according to The New York Post.

The incident, which was captured on video, shows a protestor wearing a white helmet, lying on the ground, and a police officer, who was walking his bike up to that point, steering his bike’s wheels directly toward and then on top of the protestor’s head.

Joey Wieser, who lists himself as an activist and humanitarian, captured the scene on his Facebook Live.

“I just watched a #SeattlePolice officer run over a protester‘s head with a bicycle tonight. And for no apparent reason other than to be cruel. Was the man on the ground actually injured? Idk. Maybe?

But in no world should this type of behavior ever be considered acceptable.”

The Seattle Police Department stated that it is aware of the incident.

“The Seattle Police Department is aware of a video circulating on the internet that apparently shows an SPD bike officer’s bike rolling over the head of an individual lying in the street. This matter will be referred to the Office of Police Accountability for further investigation.”

They reported that at around 10:45 PM a protestor approached the East Precinct and threw an explosive that went through a roll-up gate and exploded near police officers who were waiting with their bikes.

The police department has also reported that 13 people were arrested for charges ranging from property destruction, resisting arrest, and failure to disperse as well as assault on an officer. Several police officers were injured including one who was struck in the head with a baseball bat cracking his helmet.