See 'Harriet' This Weekend! Or Stop Complaining That Our Stories Don’t Get Told 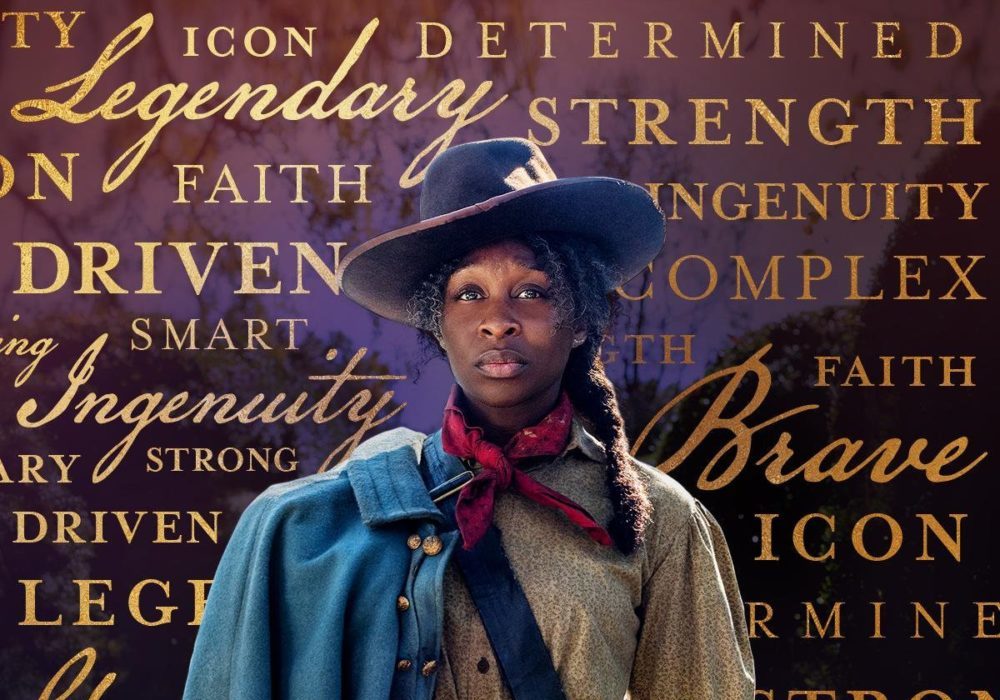 “This is NOT a slave movie,” Debra Martin Chase declares, her passion for her latest production, Harriet, crackling through the phone. “This is a movie about freedom and empowerment. This is a movie that says we cannot control the circumstances into which we are born, but we can control what we do once we get here.”

After weeks of what she jokingly calls a “high-class grind,” traveling to film festivals and promotional screenings across continents and U.S. cities in the run-up to the film’s official opening in L.A., Martin Chase is taking this one last call, her one last interview, before she packs it in for the night.

It’s 24 hours before the film’s premiere and her goal for the evening is simple: Put her feet up, get quiet, and get ready for the bright lights and big adventure of the Nov. 1 kickoff. But even a few hours of “prelaxing” is going to be easier said than done.

The fact is, Martin Chase will not—cannot—bring herself to go quietly into this good night until she makes her point to potentially “slave fatigued” moviegoers out there about what Harriet is—and isn’t.

“Listen, I saw Twelve Years A Slave its opening weekend,” she says. “It needed to be made, I thought it was brilliant, and I was thrilled that it won [the Academy Award for] Best Picture. It was absolutely deserved. But I won’t ever watch it again, because I can’t. It’s too painful.”

Although Harriet tells the life story of the woman called Moses by the slaves she led through the Underground Railroad to freedom, director Kasi Lemmons places the film’s emphasis on the woman and how she came to be, not on the horrors she faced, fought, and ultimately defeated.

“Harriet Tubman could not read, she could not write, she was destined to be a slave for her entire life and she decided ‘no, that’s not going to be my story,’” Martin Chase says, her voice brimming with awe. “That story needed to be told. And we felt an enormous responsibility to get it right.”

The film’s release—into a dynamic era when women are seizing the mic in every media platform to tell their truths and topple the patriarchy—arguably couldn’t be better timed.

“A lot of us are waking up every day feeling hopeless and helpless, and this film is a reminder to all of us that we can each make a difference, in our families, in our churches, our communities, our countries, our world,” she says. “Harriet saved herself, members of her family, and countless others. She changed people’s lives, she changed the course of history. This is an action hero origin story. She was a badass!”

From One Badass to Another

But despite having great instincts borne out by a career change from Harvard-trained lawyer to pioneering Hollywood producer, and a great track record that includes several hit films, she’s nervous, and for good reason.

If Harriet succeeds at the box office, she believes the door for more films featuring underrepresented stories, casts, and productions teams will continue to inch open. If not, it may slam shut. Martin Chase has no doubt that movies such as Wonder Woman, Black Panther, and Hidden Figures—all major successes that exceeded box office expectations in both the U.S. and abroad, with stories and casts that defied stereotypical Hollywood ideals and thinking—have pushed the industry toward greater inclusion, making it possible for Harriet to get its chance. Nonetheless, few were more surprised than Martin Chase was when it did.

Tonight’s Harriet premiere represents the culmination of a five-and-a-half-year journey for Martin Chase. She first believed in this film and championed it alongside its screenwriter Gregory Howard (best known for Return of the Titans). She helped gather a top-drawer team including the black female actress turned director Lemmons (her directorial debut was 1997’s beautifully original Eve’s Bayou); Terence Blanchard, who has composed more than 40 original film scores including BlacKkKlansman, for which he received an Oscar nomination; and a cast led by Cynthia Erivo, who won both a Tony and a Grammy for her turn as Celie in Broadway’s 2013 revival of The Color Purple.

A moment for making history

Despite Martin Chase’s serious doubts about the studio system, Focus Features (which backed Spike Lee’s BlacKkKlansman) enthusiastically signed on. And despite some initial criticism for casting a Brit who had never starred in a major motion picture to play one of America’s most valiant and revered black sheroes, Erivo has already gotten critics’ raves. The New York Times lauded her “precise and passionate performance,” while Martin Chase, who calls Erivo a “warrior” and “a major, major talent,” says she is nothing short of “transcendent” in the role.

The whole team endured filming during Virginia’s “coldest, rainiest fall ever,” according to Martin Chase, who was proud to help shepherd the final product to this moment. And she makes no bones about it: This moment is what it’s all about.

In Hollywood today, all films are judged by their opening weekend stats and that clock starts ticking tonight. “I’m always nervous,” she says. “We’ve been tracking well and I’ve been through this, but it never gets easier. You just don’t know until you know.

Harriet Tubman controlled her destiny and went on to change the fates of countless others who might never have tasted freedom without her bravery, her tenacity, and her faith. The story of her life has finally been brought to the big screen but the destiny of this film, and the many other black stories waiting and deserving to be told, is now in moviegoers’ hands.

Want your voice to be heard? Buy those tickets, now!