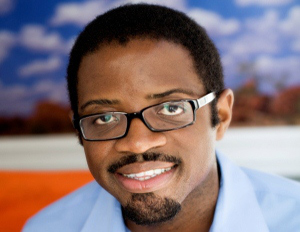 Ten years ago Chinedu Echeruo (pronounced CHIN-ay-do Ah-CHE-row) was a hedge fund manager and frustrated New York City resident lost in a vast bus and subway system. His desire to fix the dilemma of figuring out how to get from point A to point B using public transit led to the invention of HopStop.com, a pedestrian navigation service that helps people get door-to-door directions or find nearby subway stations, bus stops, taxi service providers, and car rental places.

Launched in 2005, New York-based HopStop distinguished itself as a perennial innovator in the burgeoning location-based service market with not only its popular online and mobile Websites, but also its industry-leading mobile applications for both iOS and Android. The apps cover more than 300 cities throughout the U.S., Canada, Europe, and the United Kingdom.

In 2007, Black Enterprise presented HopStop with the Small Business Innovator of the Year Award, which recognizes companies that have set trends and broken new ground in a particular industry. HopStop grew 250% in three years, from $574,268 in revenue for 2007 to $2 million in 2010 and an estimated $5 million in 2012.

In a historic move, HopStop was sold to Apple Inc., for what some analysts estimate to be $1 billion (Echeruo is not at liberty to reveal details of the acquisition due to a non-disclosure agreement). HopStops’s acquisition by Apple helps to bolster the hardware company’s software mapping tools. Â There is not doubt that Apple paid a large sum for HopStop, says Jim Thatcher, a researcher who specializes in mobile mapping technology at Clark University in Worchester, Massachusetts. “There is a gold rush for mapping apps like it.â€

Jumping Into The Online Startup Game

As a child growing up in eastern Nigeria, Echeruo always wanted to be an entrepreneur. He attended Kings College in Lagos and Syracuse University and Harvard Business School in the U.S. After working several years in the Mergers & Acquisitions and Leveraged Finance groups of JPMorgan Chase, and later at the hedge fund AM Investment Partners, he founded two Internet-based companies, HopStop.com and Tripology.com (a lead-generation and travel referral business for the travel industry), for which he raised nearly $8 million from private investors. In 2010, he sold Tripology.com to the travel and navigation information company Rand McNally for an undisclosed amount. Tripology is now owned by USA Today.

The 42-year old innovative businessman accomplished what he set out to do, which was to bring products and services to market that solve problems and make a profit for the founding entrepreneur, investors, and shareholders.

With the sale of HopStop, Echeruo returned to his native Nigeria where he is a principal at Constant Capital Partners Ltd., a boutique investment bank and personal investment company in West Africa. His main focus is making Africa the next global economic frontier. “I am excited to be part of the change in culture and economy of Africa right now.â€

The Techpreneur’s continuous drive towards innovation is what sets him apart as a Black Enterprise Small Business Awards Hall of Famer. When he founded his companies, Echeruo didn’t focus on selling his companies, but concentrated rather on product and market opportunities.

Check out five business principles he shares and how he built a digital company with staying power worth a cool billion.