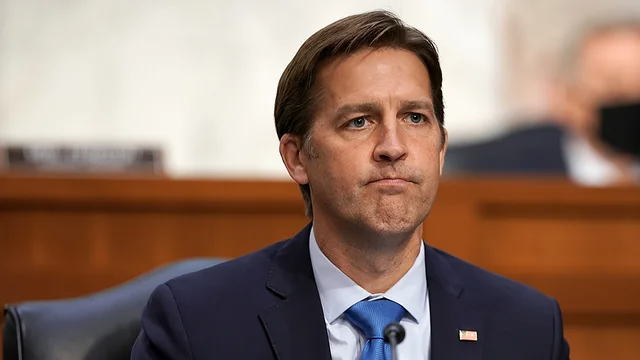 Sen. Ben Sasse (R-NE) lit into President Donald Trump and his leadership earlier this week during a town hall event, warning that there would be a “Republican bloodbath” in the Senate if Trump loses the White House.

During the town hall event, conducted by phone, a constituent asked Sasse about his relationship with the president and why Sasse attacks him so much. Sasse’s response to the question was first obtained by the Washington Examiner and later posted to YouTube.

“I’m not at all apologetic for having fought for my values against his in places where I think his are deficient, not just for a Republican but for an American,” said Sasse, who then began ticking off a number of things he dislikes about the president. “The way he kisses dictators’ butts. I mean, the way he ignores that the Uighurs are in literal concentration camps in Xinjiang right now. He hasn’t lifted a finger on behalf of the Hong Kongers.

“The United States now regularly sells out our allies under his leadership, the way he treats women, spends like a drunken sailor,” Sasse continued. “I criticized Obama for that kind of spending and I criticize Trump for it as well. He mocks evangelicals behind closed doors, his family has treated the presidency like a business opportunity, and he’s flirted with White supremacists.”
Sasse warned that if Democrats take control of the Senate, there’s a very good chance that within the next decade, the U.S. will look like Venezuela with dozens of members in the Supreme Court.
“The debate is not going to be, ‘Ben Sasse, why were you so mean to Donald Trump?'” Sasse said. “It’s going to be, ‘What the heck were any of us thinking, that selling a TV-obsessed, narcissistic individual to the American people was a good idea?'”
Sasse expressed his concerns at a troubling time for Republicans. Many Republicans are increasingly worried that Trump’s antics over the past four years, along with his continued mishandling of the coronavirus pandemic, will lead to a blue wave of support and Democrats controlling the House, Senate, and White House.