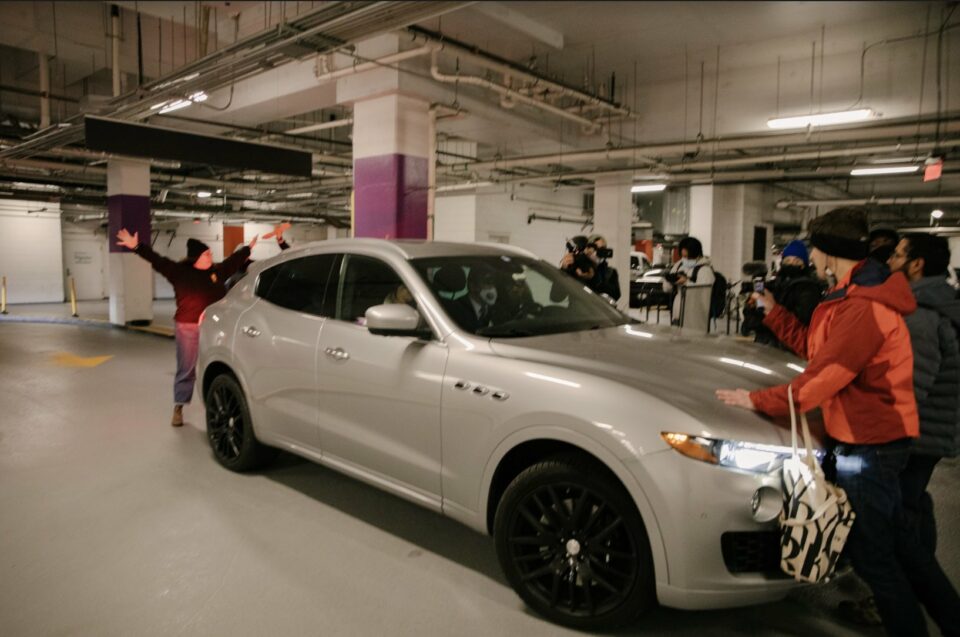 Senator Joe Manchin (D-WV) was confronted by climate protesters Thursday who followed him from his houseboat to a garage chanting and demanding he support Biden’s spending bill.

Protesters from Resist Line 3 confronted the Senator who has held up Biden’s bill and has also cut into it. Biden’s spending bill started at $3.5 trillion, but Manchin has refused to support billions in climate change upgrades and clean energy initiatives as well as other economic factors of the bill.

As a result, the Biden administration has been forced to rework the bill, cutting it significantly to $1.75 trillion.

An event page for the protest stated the group’s discontent for Manchin: “If Senator Joe Manchin wasn’t bankrolled by fossil fuel companies, the reconciliation package would be passed and signed into law—so we’re bringing our fire and fight to his doorstep.”

Manchin released a statement Monday citing economic concerns for his objections, including inflation and benefits for Social Security and Medicare running dry.

“How can I in good conscience vote for a bill that proposes massive expansion to social programs, when vital programs like Social Security and Medicare face insolvency and benefits could start to be reduced as soon as 2026 for Medicare and 2033 for Social Security?” Manchin said in the release. “How does this make sense? It doesn’t. Meanwhile, elected leaders continue to ignore exploding inflation, that our national debt continues to grow, and interest payments on the debt will start to rapidly increase when the FED has to start raising interest rates to try to slow down runaway inflation.”

Activists, however, are tired of hearing lip service and promises that are decades away. Climate change is already showing its face across the world and will only get worse.

Protesters followed Manchin from his from his houseboat on the Potomac River in Washington, D.C., to a parking garage where he keeps his Maserati Levante as they chanted “pass climate change bills,” and “we want to live!” and “fight for us!,” according to the Daily Mail.

Numerous videos show protesters confronting Manchin, blocking his car from leaving the garage, and  following him as he walked down the street. Manchin, accompanied by his security team, largely ignored the group other than honking his horn when protesters surrounded his car.

Manchin has not commented on the situation, but that didn’t stop some from criticizing the group’s aggressive tactics.

Arizona Senator Krysten Sinema (D-AZ), who is also hurting the Biden administration’s goals with her demands, has also been pressed by climate protesters in public.