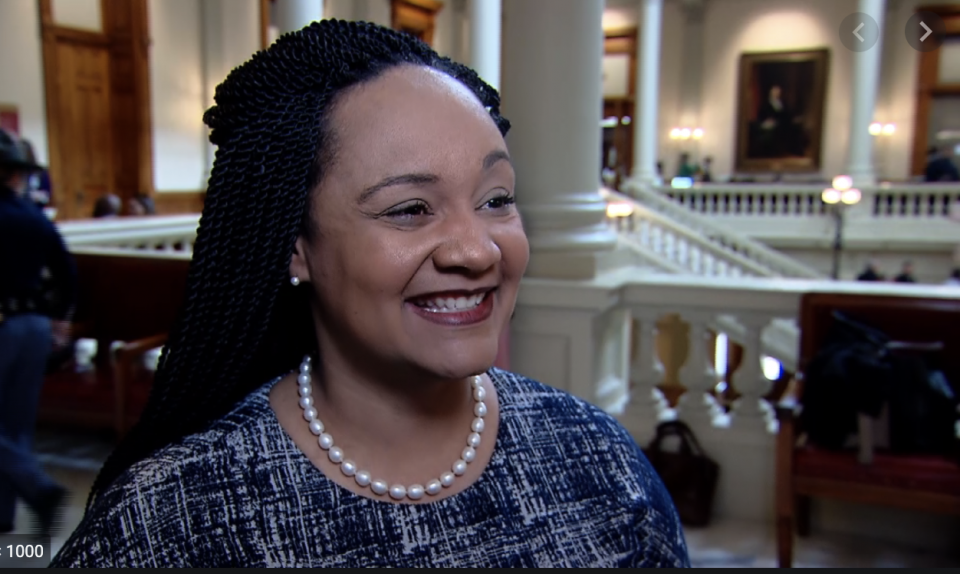 The Georgia Democratic Party has tapped Nikema Williams to replace the late Rep. John Lewis on the ballot for Georgia’s 5th congressional district in November.

According to the Atlanta Journal-Constitution, Williams, a state senator, was selected from a group of 131 applicants narrowed down to five choices by the party’s executive committee. The group selected Williams during a Zoom meeting as they were coming up against a legal deadline.

Since Lewis easily won the June primary, state law gave Democratic Party leaders until 4 p.m. Monday to decide whether to leave Lewis’ name on the ballot or find a replacement.

Williams, a veteran activist who was arrested in 2018 at the state Capitol during a voting rights demonstration after Stacey Abrams lost to Brian Kemp, believes she’s right for the job.

“We need someone who is not afraid to put themselves on the line for their constituents in the same way Congressman Lewis taught us to do,” Williams said during a virtual address.

Our country has lost a giant tonight. Congressman John Lewis was America’s greatest champion in the fight for justice and equality, and showed us all how to put the people first. His legacy of Good Trouble will ring on in generations to follow, a guiding light for those continuing to march toward a more righteous future. He was my hero and my friend, and I will miss him very much.

Williams is considered a certainty to win the Atlanta-based district, which is so heavily Democratic that Lewis often won easily as his opponents were usually token Republicans. Williams will face Republican Angela Stanton-King, an ally of President Donald Trump, in November.

Although Williams was seen by many in the party as the best candidate, several Democrats questioned if Lewis would have supported the obscure and quick process to select his successor through a quick vote rather than an election.

Michael Collins, Lewis’ former top aide, urged the committee in a letter sent Monday to select a “place-holder” candidate who would serve only one two-year term or resign in January to clear the way for a wide-open vote.

“He believed very strongly that the people who represent the citizens should be elected by the citizens,” Collins wrote in the letter about Lewis. “And that a free and fair election, where all individuals have a level-playing field, is in the best interest of our democracy.”

Republicans were quick to pounce on the moment, accusing Democrats of the same voter suppression tactics they’ve been accused of.

“In a near unanimous vote, the Georgia Democratic Party executive committee chose their own chairwoman for the slot. And no one is surprised except for the other 130 folks who applied for it thinking they had a fair fight,” Paul Bennecke, an operative who was once executive director of the Republican Governors Association told the AJC. “Let the spinning begin.”