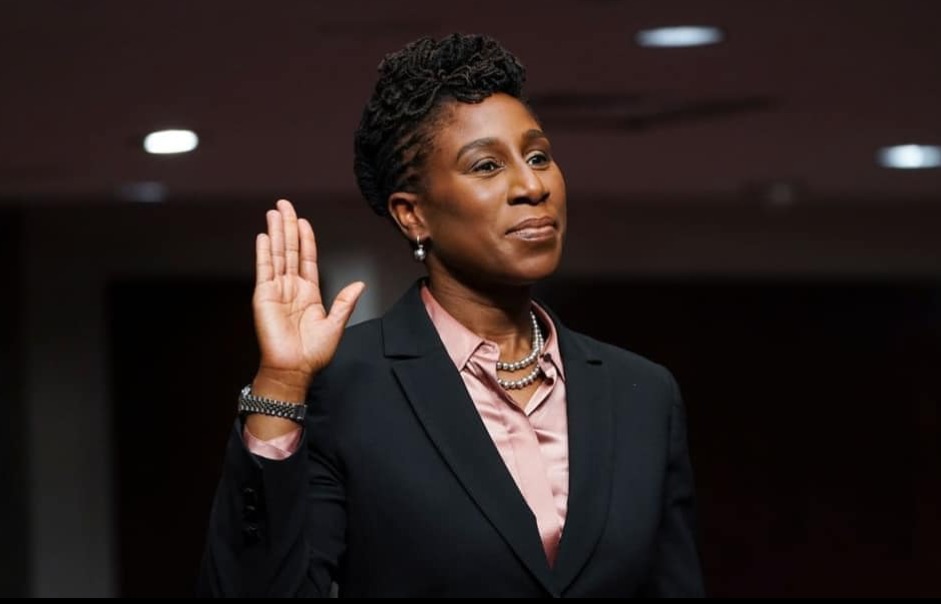 Candace Jackson-Akiwumi was confirmed to the Chicago-based 7th Circuit Court of Appeals by the Senate. She is now the first former federal defender to accomplish serving on this court. Image - Facebook

Candace Jackson-Akiwumi has been confirmed to the Chicago-based 7th Circuit Court of Appeals by the Senate.

NEWS: Candace Jackson-Akiwumi has been confirmed 53-40 to serve on the United States Court of Appeals for the Seventh Circuit, making her the first former federal defender and second Black woman ever to serve on this court.

Jackson-Akiwumi was born and raised in Norfolk, Va. and has professional ties to Chicago. She was a clerk for judges there, then worked as a staff attorney for the Federal Defender Program in the Northern District of Illinois, according to The Indiana Lawyer. In March, the attorney was among 10 individuals who were on President Joe Biden’s list of candidates that he intended to nominate, including a total of three African American women.

“This trailblazing slate of nominees draws from the very best and brightest minds of the American legal profession,” Biden said.

Jackson-Akiwumi’s confirmation fills gender and racial gaps, but she is well qualified.

She earned an ‘ A.B., with honors, from Princeton University in 2000, and her J.D. from Yale Law School in 2005,’ as reported in the press release. And in Jackson-Akiwumi’s profile with Yale Law School, she said that she worked in the U.S.’s ‘oldest federal defender office,’ while representing “indigent people from across northern Illinois who are accused of federal crimes.”

“I work harder and longer hours than I did as a law firm associate. But I do not mind the harder work, longer hours, and lower pay because my job has meaning to me. I provide quality representation to people who would not be able to afford it, and I am there for clients at a most dreary and frightening juncture: when they are being judged for the worst day or days in their life,” Jackson-Akiwumi said.

The Indiana Lawyer mentioned that Republicans questioned if Jackson-Akiwumi’s possessed enough civil law experience. However, supporters included Wade Henderson—who is serving as president and CEO of The Leadership Conference on Civil and Human Rights.

“For far too long, our courts have not reflected the incredible diversity of our communities, and this is especially true for the Seventh Circuit, which has not had a single judge of color for years,” Henderson said, per The Indiana Lawyer’s report. “We applaud the president and Senate for moving to right that wrong and make our federal judiciary fairer and more representative of the nation. Jackson-Akiwumi, who dedicated her career to service as a public defender, will no doubt be an exceptional judge on the Seventh Circuit. With her considerable intellect and proven experience, she will work to bring us closer to achieving ‘equal justice under the law.’”