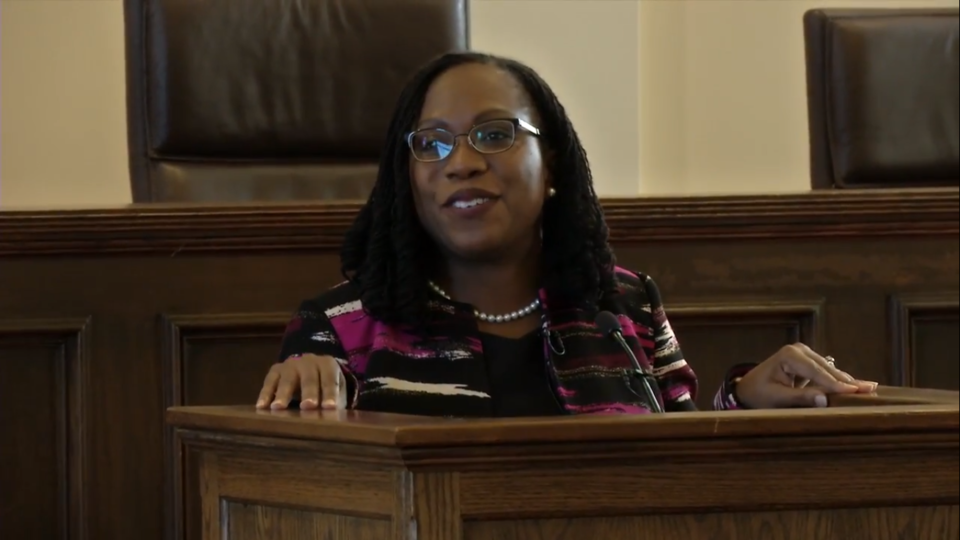 Reuters – A federal judge seen as a possible future U.S. Supreme Court pick by President Joe Biden cleared a key hurdle on Thursday in her nomination to an influential appellate court, winning approval in a Senate committee despite Republican opposition.

The Democratic-led Senate Judiciary Committee advanced Washington-based U.S. District Judge Ketanji Brown Jackson’s nomination to the U.S. Court of Appeals for the District of Columbia Circuit on a 13-9 vote. All those in opposition were Republicans, with two – Lindsey Graham and John Cornyn – voting with Democrats to approve the nomination.

Jackson’s nomination now heads for a final confirmation vote in the full Senate, which is narrowly controlled by Democrats.

Biden nominated Jackson to the D.C. Circuit to replace Attorney General Merrick Garland on the bench. That appellate court in the past has served as a springboard to the Supreme Court for some justices.

The Democratic president pledged during his election campaign to nominate a Black woman to the Supreme Court if he gets a chance to fill a vacancy, which would be a historic first. Jackson is among the most prominent Black women in the federal judiciary and, at age 50, is also relatively young.

At Jackson’s confirmation hearing last month, several Republicans questioned her on whether race plays a role in her approach to deciding cases.

In explaining his vote against Jackson’s nomination, Republican Senator Chuck Grassley said he would not support any nominee who would not commit to a conservative approach to judging known as originalism.

“Unless a circuit nominee can show he or she is affirmatively committed to the Constitution as originally understood, I don’t think he or she should be confirmed,” Grassley said, adding that Jackson had not given that assurance.

Jackson was appointed to her current post by Democratic President Barack Obama in 2013.

With conservatives holding a 6-3 majority on the Supreme Court, liberal activists have been urging the court’s eldest member, 82-year-old liberal Justice Stephen Breyer, to retire this year while Democrats control the Senate. A Harvard Law School graduate, Jackson early in her career served as one of Breyer’s law clerks at the Supreme Court.

Jackson and another Black female judge, California Supreme Court Justice Leondra Kruger, are considered frontrunners to be nominated by Biden should Breyer step aside.

The committee also advanced several other nominations including that of Candace Jackson-Akiwumi, a Black woman lawyer nominated to the Chicago-based 7th U.S. Circuit Court of Appeals. The committee also approved the nomination of Zahid Quraishi, who would be the first Muslim to serve as a U.S. district court judge.