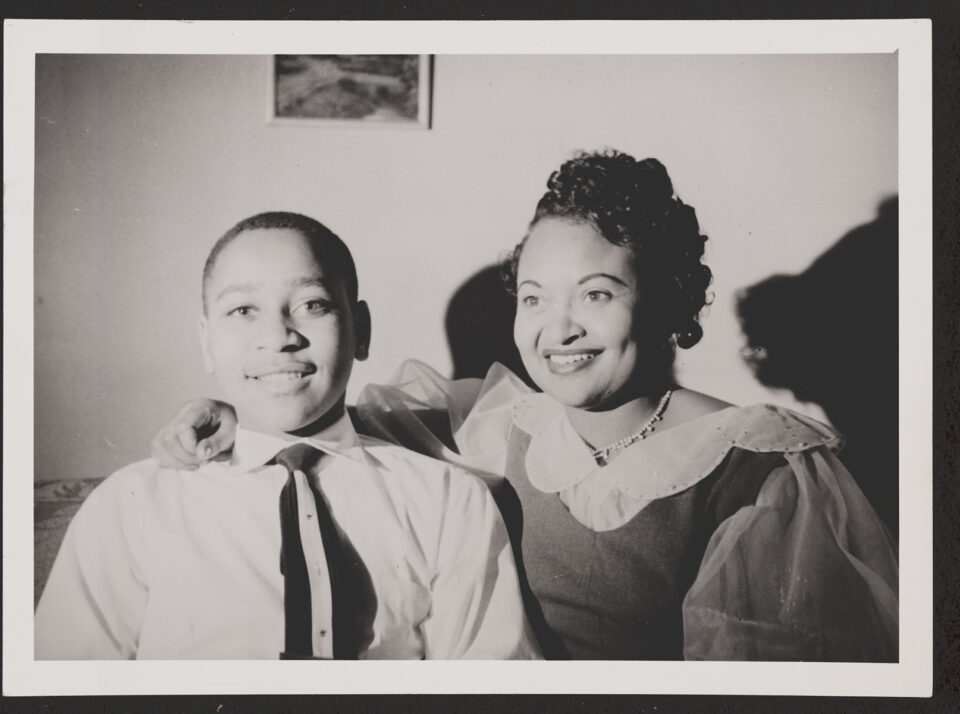 The Senate has passed a bill to award the Congressional Gold Medal posthumously to Emmett Till and his mother, Mamie Till-Mobley.

Till, a Chicago teenager, was abducted from his great-uncle’s home, tortured and murdered by white supremacists four days after witnesses said he whistled at a white woman at a grocery store in Mississippi.

His mother, Till-Mobley, insisted on an open casket during her son’s funeral to demonstrate the brutality of her son’s death. Jet Magazine took and published photos of Till’s unrecognizable face leading to the outrage of Black Americans and galvanizing the civil rights movement of the 1960s.

Sens. Cory Booker (D-NJ) and Richard Burr (R-N.C.) introduced the bill to honor Till and his mother. The Congressional Gold Medal is the highest civilian honor awarded by Congress. The two men called the award for Till and his mother long overdue, considering what they had experienced.

“At the age of 14, Emmett Till was abducted and lynched at the hands of white supremacists. His gruesome murder still serves as a solemn reminder of the terror and violence experienced by Black Americans throughout our nation’s history,” Sen. Booker said in a release.

“The courage and activism demonstrated by Emmett’s mother, Mamie Till-Mobley, in displaying to the world the brutality endured by her son helped awaken the nation’s conscience, forcing America to reckon with its failure to address racism and the glaring injustices that stem from such hatred. More than six decades after his murder, I am proud to see the Senate pass long-overdue legislation that would award the Congressional Gold Medal to both Emmett and Mamie Till-Mobley in recognition of their profound contributions to our nation.”

Till’s death is similar to the death of George Floyd, whose death sparked national and worldwide protests of the 2020 Black Lives Matter movement.