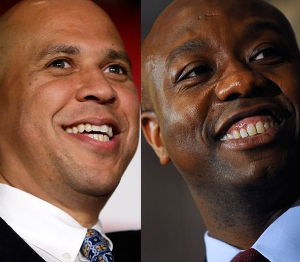 New legislation spearheaded by Senators Tim Scott (R-SC) and Cory Booker (D-NJ), created to encourage investment in the communities that need it most, was included in the Tax Cuts and Jobs Act passed by Congress last year. The Investing in Opportunity Act (IIOA) makes $2.3T in unrealized capital gains from stocks and mutual funds available for investment in communities that have not benefited from the post-Recession recovery. Senator Scott ensured the new program was included in the final bill.

During the Great Recession, the Dow Jones Industrial Average hit a low point of 6,443 in March 2009. At the end of 2017, the Dow is trading well above 24,000. That equates to trillions of dollars in market value, some of which the IIOA seeks to repurpose for investment in distressed communities.

Although the U.S. economy as a whole has recovered, wages have stagnated and income equality has increased. The Economic Innovation Group reports that America’s wealthiest ZIP codes prior to the Great Recession have reaped a greater benefit during the recovery. In fact, many of the poorest ZIP codes before the Great Recession have become worse off during the recovery. These ZIP codes that have not fully shared in the economic recovery are often in the South and in inner cities; this is what the IIOA seeks to address.

The IIOA allows would-be investors to defer capital gains recognition, and the associated tax, from the sale of an appreciated asset if they invest the gains (profits) in new Opportunity Zones located in “low-income community” census tracts. In other words, if you bought stock in a company and that stock gained value, you can sell the stock for a profit and defer capital gains tax if you invest the gains in an Opportunity Zone. This approach provides an incentive for investing in communities that have, historically, not received investment.

Opportunity Zones are designated by the Governor of each State. Governors can designate up to 25% of the total number of qualifying census tracts that meet the IIOA standard. Finally, the IIOA creates Opportunity Funds “O Funds” that may be used to pool funds from around the country to investment in Opportunity Zones.

Senators Scott and Booker were joined by Congressman Pat Tiberi (R-OH) and Congressman Ron Kind (D-WI) in introducing the bipartisan legislation in 2016. After being reintroduced in 2017, the IIOA was shepherded through the U.S. Senate Finance Committee by Senator Scott and was included in the Senate Tax Package. Scott serves on the U.S. Senate Finance Committee and was the only black lawmaker appointed to the House-Senate Conference Committee for the Tax Cuts and Jobs Act.

Senator Scott leveraged his position on the Conference Committee to ensure the IIOA was included in the final version of the new tax reform bill. He also advocated for doubling the child tax credit. The credit was eventually increased to $2,000, something that should benefit families.

Senator Booker and his Democratic colleagues have questioned the efficacy of the “trickle down economics” in the Tax Cuts and Jobs Act. Senator Scott and Congressional Republicans have promised a 73% tax cut for the average single-parent family making $41,000/year and a $2,000 cut for an average American family of four making $73,000/year. The proof will be in pay stubs and consumer spending/saving this year.

Senators Booker and Scott both agree that more investment is needed in our communities. Entrepreneurs, developers, and innovators need resources and infrastructure to grow businesses and hire. If Republican claims about the new tax reform bill are fully realized, black families will have more cash in their pockets—money that can be used to invest in their local communities via equity crowdfunding or by other means. Even if this does not happen, the IIOA’s inclusion in the Tax Cuts and Jobs Act means communities that need it are getting something from the bill.

This is not the first time Senators Booker and Scott have worked together. Among other things, they cosponsored the LEAP Act—encouraging apprenticeships—in 2014, they joined a bi-partisan group of lawmakers in co-sponsoring the Sentencing Reform and Corrections Act, and toured the National Museum of African American History and Culture together in 2016.

A template for black lawmakers, from both sides of the aisle, working together to impact communities that need it most. And, a legislative victory for Senator Scott and his team.