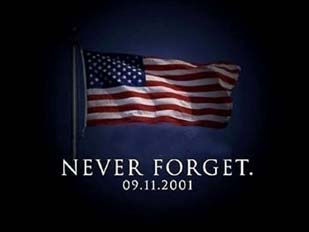 Today marks the 14th anniversary of the 9/11 terrorist attacks. President Obama has marked the commemoration by leading a national moment of silence this morning and meeting with members of the armed forces at Fort Meade, Maryland.

According to reports, at 8:46 a.m., the minute a hijacked plane struck the World Trade Center on Sept. 11, 2001, the president, First Lady Michelle Obama, and members of the White House staff gather on the South Lawn for a moment of silence.

This afternoon, Obama will travel to Fort Meade, Maryland, for a town hall meeting with military service members. “The president very much values face time with troops — listening, asking, and answering questions, and he looks forward to taking time on the anniversary of 9/11 to engage directly with service members,” Pentagon Spokesman Peter Cook told CNN. The town hall will be live streamed for the public. (Find more information here.)

People around the world are highlighting the tragedy and aftermath of 9/11 via social and special events including one at the World Trade Center, where bagpipers and drummers will play ceremoniousÂ songs in remembrance of lives lost as the names of the dead are read by those who will gather, and more moments of silence are held.

Check out updates from people worldwide, remembering this day and its aftermath:

#911anniversary To all of the families & friends who lost someone 13 years ago–you are not forgotten.

We fall, we heal, we grow. Incorporating lessons from the past we rise again. Freedom Tower on the rise! #Remember911 pic.twitter.com/NbN1eJEw

The Tribute in Light marks the 14th Anniversary of 9/11 http://t.co/fUXoQSFK6O pic.twitter.com/tJakkcvYdu

Soon, our livestream of the September 11 Commemoration Ceremony will be live. Click here to view it: http://t.co/ES6XM9cUYl