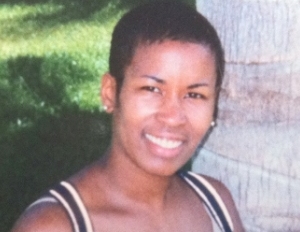 I lost my wife and the mother of my first born on that sunny day of September 11, 2001. Her name is Felicia Yvette Traylor-Bass, and I was her husband.

Such a beautiful start to the day ended with me falling into the darkest period of my life. Watching that huge gaping black hole in the side of the North Tower, I instinctively knew we would never see Felicia again.

With both towers collapsing, the realization of my instinct became official for everyone else. The following few months showed how great humanity can be with unified cooperation, consideration and empathy that not only helped my then two-year-old son, Sebastian, and myself but also thousands of other family members. My heart swelled with pride and hope. Unfortunately, it was too short-lived.

We are days away from the tenth anniversary of the attacks of September 11th and the bombardment of specials and shows revisiting the day’s events and its aftermath have begun. Over the past ten years, I’ve watched, read and listened to numerous tales recounted by survivors, family members, politicians and the good old media about this horrific day. If I had never heard about September 11th and relied only on these accounts, I’d believe that the only folks who died that day were firefighters and wealthy financial traders who were all white men and “good Catholics.” From nearly all the brochures, websites and other promotional material from various organizations dedicated to September 11th including the National September 11th Memorial & Museum, that same imagery is reinforced with the association that the people who died in this tragedy happened only to be white, male and Catholic.

I noticed this happening about six months after the attacks, and while it irked me, I focused on making sure my son’s life went about as normal as possible. His mother would have wanted me to make sure of that, so that’s what I did. Each anniversary I would watch the ceremonies, read the articles, and still see the same thing. On the fifth anniversary, I actually went down to the ceremony on the site of the World Trade Center and the Family Tribute Center. Honestly, I can’t say it was a pleasant experience. It was very painful and emotional, but I also felt like I was an outsider to an event that had happened to me as well. It felt like this hadn’t happened to anyone like my wife or anyone else for that matter just because she wasn’t what was being constantly driven over and over again by all the media.

Five years later, it has only gotten worse. I’ve never seen a lead, first-person account of any victim of the September 11th attacks who was African-American, Latino, Asian, female, Muslim, Buddhist, Atheist, non-financial trader, non-firefighter or non-police. While I respect and appreciate what the firefighters and police officers did that day, they are very well aware of the risks of their jobs—which they willfully do every day. To focus primarily on their accounts is not only insulting to the thousands of civilians who lost their lives that day, but it also creates this ridiculous value system that places their lives higher than our lost loved ones. For all of us, our loved ones are priceless.

Remembrances for September 11th should be fair, balanced and account for all the different splices of life that occurred on that day. It is not about securing politicians’ legacies or some developer’s egotistical drive for wealth and real estate. Nor is it about perpetuating some American patriotic mythos. Remembrances should not be these fiefdoms where a small group of family members claim to speak for us all, yet reach out to none. Remembrances should not be about organizations created to build a memorial that secretly select family members to meet with the President of the United States, who also happens to be the first black president, and is greeted by this sea of white faces.

Ten years later, what had started out as a great show of American unity has ultimately succumbed to the dark side of our nation. The ugly faces of class, religious intolerance and race are defining how September 11th is remembered. Ten years later I am left feeling disgusted, offended and dismissed. The hardest part is when my son looks at the specials on television now or reads the news accounts and asks if anyone else like his mom died that day. I tell him yes, there were, but how do I tell him that they don’t fit the image the outlets wanted to project? At least his mom was a good Catholic.

Author Andrew Bass lives in New York with his son, his daughter and his wife, Karen.