Serena Williams Becomes a Member of the SurveyMonkey Board 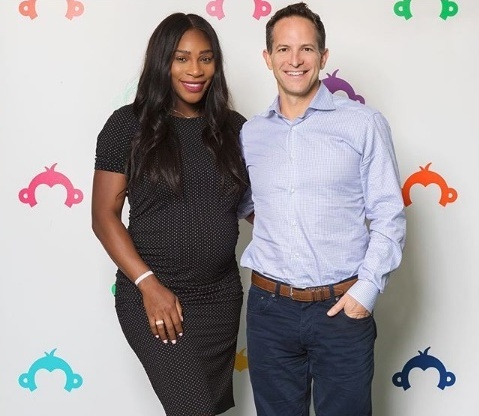 Yesterday, SurveyMonkey served an ace to the tech world, when they revealed that tennis champion and entrepreneur, Serena Williams, would be joining the board of the Silicon Valley-based online survey company.

Williams also shared the news to her Instagram account, indicating that she has a grand plan to shake things up in the tech space with one word: diversity.

“I believe in the power of a question and the impact of data. Like SurveyMonkey, I’m driven to ask what’s happening, and why,” she wrote in the caption, in one of the two Instagram posts that were published to announce her appointment. “We also share a fierce commitment to letting all voices be heard.”

And, like a true champion for diversity, Williams wasted no time getting straight to work. She also tweeted out her own survey asking potential respondents about their experience with the gender pay gap at their workplace and the lack of diversity in Silicon Valley.

My first move as board member of @SurveyMonkey is to make a poll (obvi)! I’m curious about you – take my survey! https://t.co/4P9qekGsex

One of the survey’s questions asks, “This position gives me a new platform in Silicon Valley, and I have a lot to say. What are the important issues you’d like me to focus on first?” In response, the list of selectable options to choose from includes the phrase “breaking down barriers.”

You can take the survey yourself by clicking here.

In an interview with The Associated Press, Williams said that she hopes to play a part in ensuring that tech companies diversify their workforce.”I feel like diversity is something I speak to,” Williams told The Associated Press. “Change is always happening; change is always building. What is important to me is to be at the forefront of the change, and to make it easier for the next person that comes behind me.”

The AP noted that, though Williams didn’t expand on specifics of how she intends to execute her goals, she implied that her presence could help push the company and the sector in a more diverse direction.

Despite diversity efforts from tech giants like Apple, Google, and Facebook, diversity in Silicon Valley still remains dismal. For instance, according to the same article from The AP, SurveyMonkey employs roughly 650 workers but only 14% of the total payroll consists of African Americans and 27% of technology jobs are filled by women.

Facebook’s 2015 numbers were even more disappointing—55% of its U.S. employees were white, while 2% were black. Its senior leadership at the time was composed of 73% white, and 2% black.

Williams has been keeping busy since going on maternity leave, after news of her pregnancy surfaced in April. In addition to her clothing line, owning a stake in the Miami Dolphins, and recently becoming the face of Intel’s 7th Generation Intel Core processor campaign, the world’s highest paid female athlete is also teaming up with Tempur-Pedic in a marketing campaign touting the importance and power of sleep—something Williams has  repeatedly stated is a critical component of her training and recovery regimen.

In an interview with Fortune magazine, SurveyMonkey CEO Zander Lurie said that the company was looking to add board members from outside industries.

“Silicon Valley is super competitive, and there’s no winner like Serena in any sport in any decade,” Lurie told Fortune.

Lurie also noted that Williams’ competitive spirit, matched with her entrepreneurial experiences, and marketing knowledge, makes her a great addition to the survey development software company’s board.