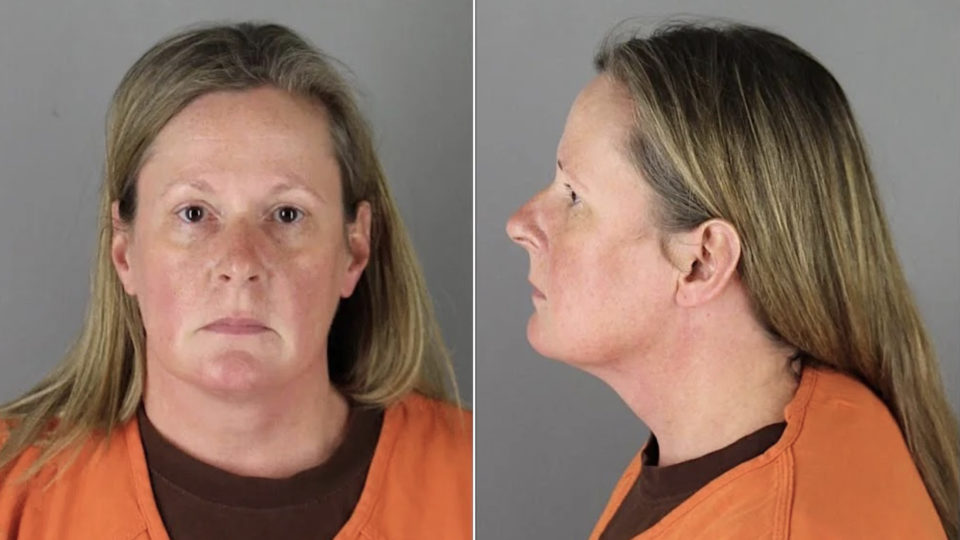 As cases of fatal police shootings continue to dominate headlines, many are wondering what kind of training police officers are receiving. When reviewing the service file of the officer who fatally shot 20-year-old Daunte Wright, it turns out her training history is particularly scarce.

Kim Potter resigned shortly after mistaking her Taser for a gun and killing Wright. But with her being charged with second-degree manslaughter, Potter’s service file during her 26 years as an officer has been under review, the Associated Press reports.

Her file, released by the City of Brooklyn Center, Minnesota, on Wednesday, showed little to no training details from her police career, CBS News reports. Potter did however receive a commendation involving a 2007 incident with a suicidal man and his 2-year-old daughter, and a few reprimands for driving mishaps.

“Your actions assisted in the safe release of the child and the apprehension of the suspect without incident,” her commendation for the 2007 suicide incident read.

Another commendation came in 2006 after a resident called the police station and praised Potter and three other officers for “how professionally they conducted themselves during a high-risk stop and not like what he sees on the T.V. show COPS,” the statement read.

In the year 2000, Potter was given a four-hour suspension after she missed an in-person training. In 2007, Potter was given a verbal reprimand for her work as part of a team looking into violent robberies in part of the city. In the write-up, a supervisor accused Potter of not doing enough to make direct contact with people in the area.

Potter was also disciplined for a number of on-the-job driving mishaps in 1995, 1996, and 1998, as noted by News One. The latest findings point to a possible argument against Potter and the debated issue on whether or not police officers have been properly trained to combat issues, particularly with people of color. Her next scheduled court appearance is on May 17.