Set Your Investments on a New Course 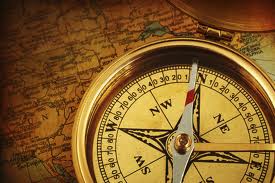 ï»¿ï»¿While the U.S. economy continues its slow recovery from the financial crisis and recession, the stock market has been much more resilient. On average, domestic stock funds returned 18.64% last year, according to the Chicago-based mutual fund research firm Morningstar. Some stock fund categories did even better.

– Precious metals funds returned 41.56%, on average. They invest largely in gold mine stocks, which soared as the price of gold hit record levels.

– Technology funds gained 20.00%. They own stocks of technology companies such as Apple and Microsoft, as well as hot Internet stocks.

– Diversified emerging markets funds returned 19.26%. While this was only slightly better than last year’s average, these funds, which invest in companies that are in countries such as China and Brazil, have returned an outstanding 14.92% a year for the past 10 years through 2010.

Can these sectors lead the way again in 2011? black enterprise rounded up some of the smartest financial advisers and market-watchers we know to offer a glimpse into how some of today’s hottest sectors are likely to perform in the near future.

Go for the gold. Precious metals funds have returned 25% per year through 2010, as gold went from about $265 an ounce to about $1,420. Is there room to go higher, and thus take precious metals funds to yet another stellar year? “Definitely,â€ says Arnett Lanse Waters, managing member and registered principal at A.L. Waters Capital in Braintree, Massachusetts. “We could see gold at $1,700 an ounce by this summer. Long term, $2,500 is a realistic goal.â€ Waters cites several reasons for his optimism. “Among industrialized countries,â€ he says, “growth will likely be slow. People who are concerned about economic stability may buy gold.â€

The increased demand for gold will push up its price. At the same time, Waters sees strong growth in emerging markets as companies use gold and other precious metals for their increasing manufacturing needs. “There’s prosperity in India,â€ he says, “where people tend to be big buyers of gold. On holidays there, women get gold jewelry. In addition, the Chinese are opening up the gold market inside China, which means more people will be able to buy.â€

While the demand for gold may be increasing, the supply is limited to what’s in the ground and what can be brought to market. “Mines in South Africa can’t operate beyond 50% of capacity, because of the country’s weak power grid,â€ Waters contends. “They’re also subject to frequent strikes over mine safety issues.â€ Thus, strong supply constraints may keep the price of gold heading higher.

Not everyone is convinced, though. “Gold could be anywhere from flat to negative this year,â€ maintains Lee Baker, president of Apex Financial Services in Tucker, Georgia. “I don’t foresee anything near last year’s performance. The global economy may continue to improve without any significant inflation. A lot of the run-up in gold was fear-based, and if the economy continues to improve, albeit sluggishly, some of that fear will subside.â€ Investors may want to hold some precious metals funds, but they shouldn’t overload on a category that has risen dramatically in the last decade. Baker suggests that no more than 3% to 5% of your portfolio should be in precious metals.

Is real estate’s recovery for real? Many people think of housing when they consider real estate funds, but a number of these vehicles have minimal investments in residential properties. They usually hold REITs, or real estate investment trusts: companies that manage portfolios of real estate to earn profits for shareholders. Most REITs are publicly traded; some are not. REITs are more likely to own office buildings and industrial properties, not apartment buildings. Real estate funds, therefore, tend to rise and fall with the overall economy. For years, investment prognosticators have been warning of a commercial real estate bubble; however, Baker sees “continued upward movement in 2011â€ for this fund category. J. Michael Salley, a financial adviser with Salley Wealth Advisors Group L.L.C. in Summerville, South Carolina, an independent investment advisory and financial planning firm, agrees, noting that “the real estate market continues to recover, albeit very slowly.â€ If occupancies pick up amid an expanding economy, these funds are likely to do well this year.

Investors may be attracted to REITs and REIT funds because of their potential for significant cash flow, oftentimes on the order of 6.5% to 7%. As business entities, REITs avoid the corporate income tax because they pass on rental income to investors. Morningstar reports that the trailing 12-month yield from real estate funds through the end of February is now 2.74%, which is much higher than the dividend yield on most categories of stock funds.

Salley has placed a number of his clients in nonpublicly traded REITs. “They are relatively stable and offer a competitive dividend yield with the potential for growth, if the REIT is offered publicly in the future.â€ Only financial advisers can provide investors with access to private REITs. In general, our experts recommend that investors have no more than 10% of their portfolio in real estate— related assets.

Tech’s time is coming … again. Even after a superior year in 2010, technology funds have remained in the red for the past 11 years, according to Morningstar, which ranks them near the bottom of all fund categories in 10-year returns. Part of that lagging performance was the result of a post boom correction that began in 2000, and part is due to the two recessions so far in this young century. What’s ailing the tech sector more recently? In weak economies, corporations cut back on technology spending; then they race to catch up when the business cycle improves. That time could be upon us, say some experts. “We see tremendous value in top-tier technology companies such as Apple,â€ says Douglas Coe, managing partner and chief investment strategist at Moody Reid Financial Advisors in Kansas City, Missouri. “Emerging market economies are beginning to surge, which could lead the world out of a global slump. That means more demand for technology, as well as for commodities, from the Pacific Rim and from India. Values are good in many cases. You’ll want to own high-quality tech companies for long-term growth.â€ Indeed, worldwide enterprise technology spending is expected to grow by 3.1% this year to $2.5 trillion. That growth is expected to continue slowly but steadily over the next five years, according to Gartner Inc., a market research firm.

Emerging markets? Still evolving. As noted, developing nations such as Brazil, China, and India have become major players in the global economy. Their economies are growing at a faster pace than the U.S. economy. China, for example, saw economic growth that topped 10% last year, while the U.S. economy grew at just a 2.8% pace. Increasing demand for gold from citizens of emerging market countries has helped precious metals funds. A global economic expansion in 2011 could boost tech funds. In this environment, should investors also put money into funds that hold emerging markets stocks?

Experts are generally upbeat when it comes to looking abroad for growth. “President Obama’s January summit with President Hu Jintao of China emphasized the importance of global trade to our economic future,â€ says Salley. As global trade grows in importance, investors should develop a truly global portfolio. Baker concurs, asserting that investors hoping to capitalize on such trends should go to the maximum of their asset allocation ranges. “For example,â€ he says, “if someone has a target range of 4% to 6% in emerging markets, go with 6%.â€

Added attractions. Besides the fund categories we’ve mentioned, several others are attractive this year. Natural resources funds and equity energy funds, for instance, could be standouts if the price of oil increases–because these funds generally own oil company stocks. “We like oil companies,â€ says Waters. “If gasoline goes to $4 a gallon, the oil companies will make money. Many millions of people in the emerging markets are buying more cars and therefore will buy more gas. That will increase the demand for oil, driving up prices. A weak dollar may also cause oil prices to go up.â€ Coe is bullish on energy stocks, too. “Alternative energy is here to stay, though getting it to a macro level will take years to develop.â€ He also says healthcare is a category worth owning. “With baby boomers reaching age 65 starting in January of this year, they’ll be requiring more medical care and attention. This sector should be an outperformer.â€

If any or all of these fund categories appeal to you, be sure to do your research, read the fund prospectuses, and consult an adviser. How much should you invest? “Typically, my clients have 7% to 8% in gold and 15% in integrated oil companies,â€ Waters says. “The rest is divided between cash and a stock market index fund.â€ He explains that his approach is American-centric. “With high unemployment, states running out of money, and jobs programs not being developed, the next four to six years in the U.S. economy will be challenging.â€

Baker suggests more modest allocations to sector funds. “I’m not inclined to go beyond a 5% allocation in technology,â€ he says. “That’s assuming the investor already has a diversified portfolio. Virtually any domestic large-cap stock fund is going to have some technology exposure, perhaps 20%. When making decisions on these sector or satellite positions, investors should do so in the context of their overall portfolios.â€ As an investor, heeding this expert advice on allocation will ensure that you follow the latest investing trends without going overboard.