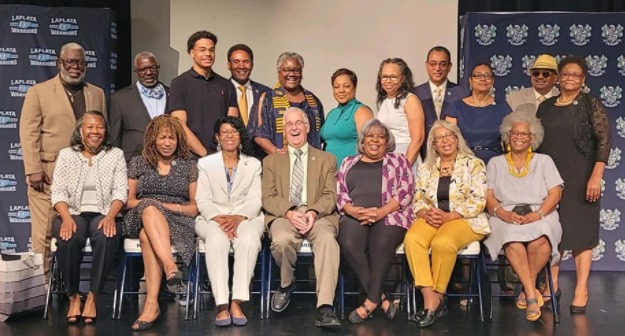 The Charles County School Board returned diplomas to La Plata High School's Class of 1969, 52 years later. They were punished for participating in a protest. Other former students were honored for their activism. Facebook photo credit - Dyotha Rene' Sweat

A special graduation ceremony was recently held for La Plata High School’s Class of 1969 to finally give out official high school diplomas to seven students activists after a civil rights protest denied them of their certificates.

According to FOX 5, the Maryland students were severely punished 52 years ago, for taking part in a sit-in and walk-out at their school that also shut down the school cafeteria by blocking access to it.

Wilhelmina Travis said the protest started after no Black majorettes were picked during a school try-out. Travis said she taught approximately five students before try-outs, and noted that the girls displayed excellent performance skills.

However, after students expressed their concerns to school leaders, a sit-in at the school’s cafeteria was organized, because it ‘fell on deaf ears.’ Jimmy Mayola, one of the seven graduates who was honored during the special ceremony, was reportedly the only White student who was punished over the majorette twirler’s selection controversy.

Mayola noted that La Plata High School’s student body population was predominately comprised of Black students. According to reports, the protesters who supported the Black students veered off the parade route. School administrators opted to not allow the Black students who protested, in addition to Mayola, to receive their high school diploma at graduation with other students.

“There were probably 200 Black students and myself and my brother,” Mayola said to FOX 5, while recalling the protest, “What they were doing was wrong. It wasn’t fair. People need representation.”

The students received their diplomas in a special ceremony after a petition was circulated asking that board members hold the ceremony publicly instead of mailing diplomas.

The Charles County NAACP was also involved in helping the students receive their diplomas, according to the information posted online.

FOX 5 also reported that additional graduates were provided with a certificate for their activism from the Maryland General Assembly. Click this link to see the video of the graduates on their big day.