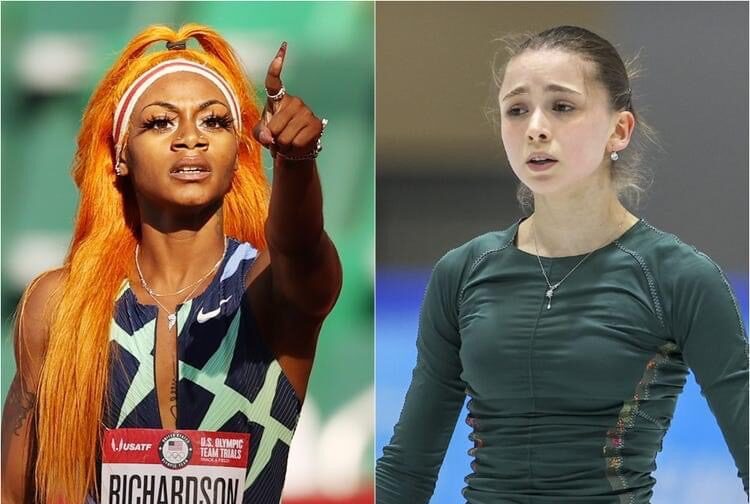 Sha’Carri Richardson is still upset about her Tokyo Olympics snub especially since learning a white athlete got away with doing the same thing during the Winter Olympics that prevented her from competing last year.

According to USA Today, the U.S. track and field star took to Instagram to call out the apparent double standards after learning Russian figure skater Kamila Valieva was allowed to compete in the Winter Olympics after testing positive for doping.

“Can we get a solid answer on the difference of her situation and mines [sic]? My mother died and I can’t run and was also favored to place top 3,” Richardson tweeted Monday.

“The only difference I see is I’m a black young lady.”

Can we get a solid answer on the difference of her situation and mines? My mother died and I can’t run and was also favored to place top 3. The only difference I see is I’m a black young lady. https://t.co/JtUfmp3F8L

Last summer, Richardson was banned from competing for 30 days after she tested positive for marijuana, The Daily Beast reported. The decision prevented Richardson from running in Tokyo after she dominated the Olympic trials.

Valieva failed a drug test performed on Dec. 25 for the substance trimetazidine, a heart medication that can provide a benefit to athletes by helping them maintain a higher heart rate for longer than usual,  as noted by Bleacher Report.

However, on Monday, the Olympic Court of Arbitration for Sport announced that Valieva can continue competing while her doping case gets investigated. CAS gave leniency to the 15-year-old Russian athlete because “she is a minor, known in Olympic jargon as a ‘protected person,’ and is subject to different rules from an adult athlete,” James Ellingworth and Graham Dunbar of the Associated Press reported.

“The panel considered that preventing the athlete to compete at the Olympic Games would cause her irreparable harm in the circumstances,” CAS Director General Matthieu Reeb said on the ruling.

Not one to bite her tongue, Richardson sent out a series of tweets bringing attention to what appears to be bias within the Olympics committees.

“It’s all in the skin,” Richardson said in another tweet.

It’s all in the skin

She also noted that THC, which she was suspended for consuming, “is not a performance enhance” drug.

Btw THC definitely is not a performance enhance!!!!

While noting that Valieva failed the drug test back in December, Richardson asked why the public is just now finding out about it.

Failed in December and the world just now know however my resulted was posted within a week and my name & talent was slaughtered to the people.

Many have started to speak out in Richardson’s honor after she called out the seemingly blatant bias.

CAS, IOC and WADA — and all the other acronyms — are letting the Russians off the hook. Again. Not like they ran the biggest state-sanctioned doping program this side of East Germany. Get rid of doping protocols. Why even try to ensure an equal playing field? What’s the point? https://t.co/a0zCCubm5F