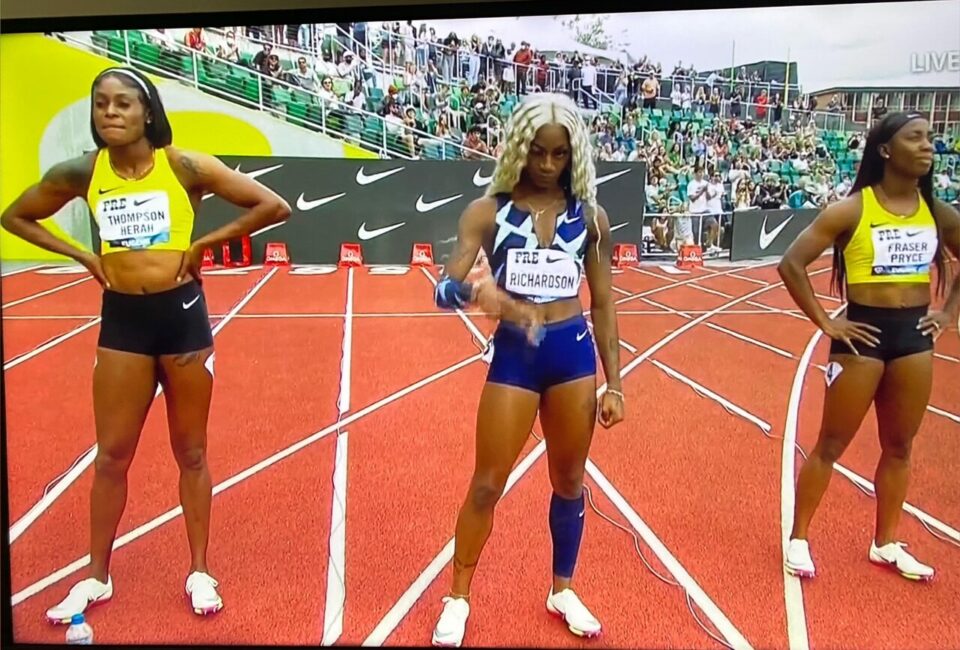 Sha’Carri Richardson dropped out of the women’s 200 meters race, according to the Prefontaine Classic. This news comes after the track star finished 9th place in the 100 meters race on Saturday (August 21).

Fans all over the world awaited Richardson’s return to the field after her one-month suspension. She tested positive for marijuana and was banned from the Tokyo Olympics. Many believed that Richardson had a chance to take home an Olympic medal after winning the women’s 100 meters at the U.S. Olympic Track and Field Trials in June.

However, Richardson didn’t live up to expectations at the 2021 Prefontaine Classic.

Before Richardson returned to the field on Saturday, she posted a message on Instagram to her 2.3 million followers that had fans anxiously waiting to see her in action.

The results of the 100M for the Diamond League 2021 Prefontaine Classic did not place the 21-year-old in the top spot. This weekend proved to be Jamaica’s time to shine once again.

The Olympic champ does it again! 🥇@FastElaine snags the win with a 10.54 in the 100m!#PreClassic x #DiamondLeague

Jamaica’s Elaine Thompson-Herah, the fastest woman in the world,  smoked the track with a time of 10.54. Last month, Thompson-Herah’s history making performance led her to win gold at the Tokyo Olympics. Jamaica’s victory continued at the Prefontaine Classic with Shelly-Ann Fraser-Pryce finishing second and Shericka Jackson claiming third place.

Richardson’s ninth place finish was shocking to many. She finished last in the 100-meters race in Eugene, Oregon with a time of 11.14 seconds.

However, Richardson says that she’s not done yet. She’s still confident in her ability to maintain her reputation as one of the fastest women in track. The track sensation shared her thoughts in an interview with NBC after the race.

“It was a great return back to the sport,” she told NBC. “I wanted to be able to come and perform.. having a month off…dealing with all that I was dealing with … Not upset at myself at all. This is one race. I’m not done. You know what I’m capable of.”

Swiss sprinter Mujinga Kambundji placed first in the 200 meters at the Prefontaine Classic, clocking in at 22.06 seconds.