Sha'Carri Richardson is Officially Out of Olympics, Left Off Olympic Relay Team Roster

U.S. Women's 100 Meter champion Sha'Carri Richardson has been suspended for 30 days for marijuana use but could still compete in the Olympics (Twitter/@DarrenMHayes)

Suspended sprinter Sha’Carri Richardson had hopes that she would still make it to the Olympics after a failed drug test disqualified her, but the track star didn’t make the roster for the 4×100 women’s relay Tuesday, the WSJ reports.

Richardson who rose to stardom sprinkling her bold and unapologetic Black Girl Magic onto the masses and winning the 100-meter event at the U.S. Olympic trials was omitted from the relay team, which was her last hope to strut her stuff on a global stage at the 2021 Olympics.

As BLACK ENTERPRISE previously reported, fans of Sha’Carri Richardson were outraged when news broke that the 21-year-old track star would face a 30-day Olympic team suspension after testing positive for marijuana. The U.S Anti-Doping Agency (USADA) formally announced her suspension on Friday, noting that Richardson accepted a one-month suspension that started on June 28.

In a statement Tuesday, the USATF finalized its decision saying:

“While USATF fully agrees that the merit of the World Anti-Doping Agency rules related to THC should be reevaluated, it would be detrimental to the integrity of the U.S. Olympic Team Trials for Track & Field if USATF amended its policies following competition, only weeks before the Olympic Games,” USATF  said

“All USATF athletes are equally aware of and must adhere to the current anti-doping code, and our credibility as the National Governing Body would be lost if rules were only enforced under certain circumstances.”

The USATF praised Richardson for taking and offered her “our continued support both on and off the track.”

MoveOn Civic Action stands by Sha’Carri Richardson. The organization is speaking out and collecting signatures to help Richardson reclaim her spot in this year’s 100-meter dash competition at the Olympics. They are advocating that the Olympics and USADA review their outdated rules around marijuana and athletes.

“In no world is marijuana a performance-enhancing drug for runners, and in more places in the United States and around the world, marijuana use is legal,” the petition states. “The United States Anti-Doping Agency should drop their penalty and allow Richardson to compete!”

No word on what Richardson’s next move will be. 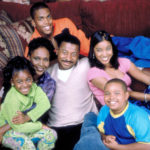 ‘The Parent Hood’ and ‘When They See Us’ Actress Suzzanne Douglas Dead at 64, Twitter Reacts 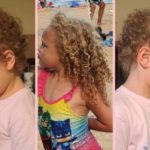 FacebookTwitterYoutube
← ‘The Parent Hood’ and ‘When They See Us’ Actress Suzzanne Douglas Dead at 64, Twitter Reacts ← Librarian Who Cut 7-Year-Old Biracial Girl’s Hair Without Her Parents’ Approval Will Not Be Fired
×