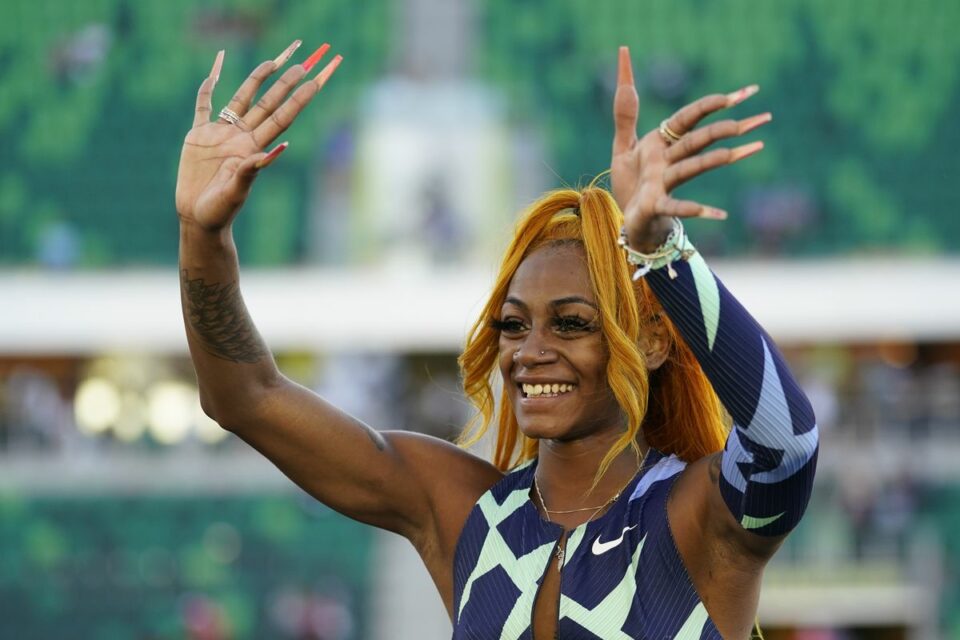 After several devastating losses, track athlete Sha’Carri Richardson has reason to celebrate after winning the 2022 Duval County Challenge American Track League with a time of 11.27 seconds.

Richardson opened the season at the track meet held at the Hodges Stadium in Jacksonville, Florida. It was her first time competing since losing in Italy last September.

The Dallas native had a weak start in the women’s 100m with a time of 11.37 seconds with a headwind of 1.5 m/s in the fourth, Essentially Sports reports. She redeemed herself in the rerun coming in first while it was raining outside.

Richardson confidently started wailing her hands even before crossing the finish line.

This is interesting. About an hour after the first race, some women from the 100 in Jax doubled back and raced again in the opposite direction. Didn't hear a wind reading, but Sha'Carri Richardson looked a lot better — ran 11.27 and won the race despite celebrating early. pic.twitter.com/KqxQjyFMQn

The rerun was questioned after Aleia Hobbs, who won the official race, didn’t take part in the second race. Many in attendance claimed the rerun was due to camera problems in the original heat. Others credited it to the track being switched so that men could run with a tailwind, so the rerun was to give the woman the same opportunity given to the men.

It was a major feat for the popular athlete after a string of losses following her removal from the Tokyo Olympics last summer. Richardson sparked debates after she was barred from competing with Team USA after testing positive for marijuana.

She pulled out of three scheduled meets this season, including a highly-anticipated showdown with Jamaican Olympian Shelly-Ann Fraser-Pryce at the Kip Keino Classic.  Richardson’s latest win comes just ahead of her featured run against Elaine Thompson-Herah in the 100m at the Pre Classic in Eugene, Oregon, on Saturday, NBC Sports reports.

Richardson came in last with a time of 11.14 seconds at the last Pre Classic last August. It was her best time in four 100m since the Olympic Trials.

Over the last nine months, Richardson has ranked 57th in the world. Richardson has yet to beat her personal best time of 10.72 seconds that she ran last year.