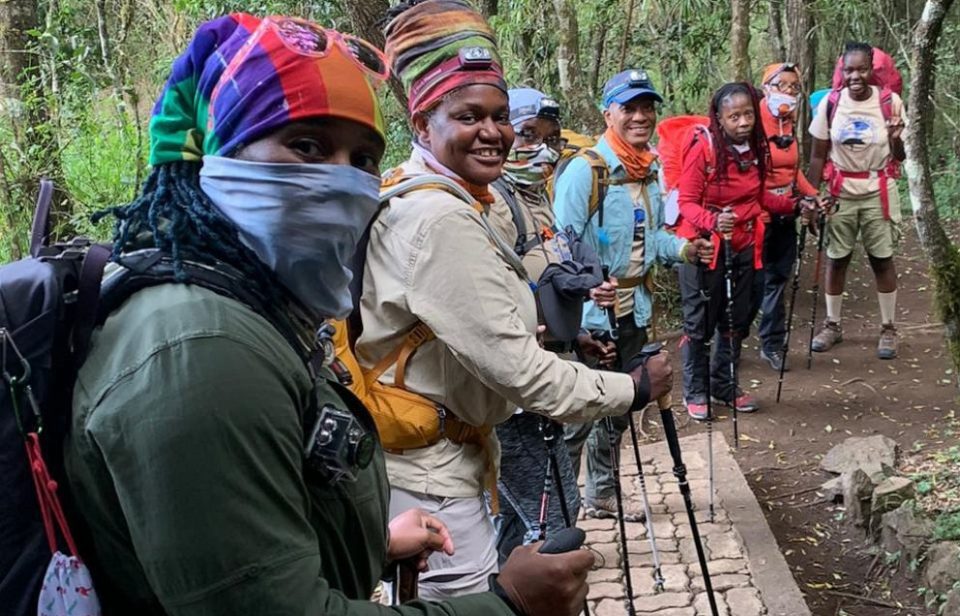 A Black women’s travel group dubbed Shades of Favor made history as the first group of Black American women to climb Mount Kilimanjaro.

The group was started by Diana Kinard and Dawn Frazier, two adventure seekers who met while running a marathon in 2019. The two became quick friends after realizing their common bucket list goal was to climb the largest free-standing mountain in the world.

Together the duo came up with the idea to organize a collective of women set on accomplishing the feat together, and Shades of Favor was born.

“We decided that we were favored because we were still able to even think about doing something like [climbing Mount Kilimanjaro]. This was in our thought process, and it scared us, but we still were intrigued by it. We were still encouraged,” Frazier told Good Morning America.

“And the fact that we’re all different shades, we took that into consideration,” Kinard added. “Even when you see us all together, you see all these beautiful hues.”

In August, the ladies made history after they successfully made it to the top of Mount Kilimanjaro. What started as a trip planned for 23 women turned into nine after the pandemic hit. Not to forget, all of the women were over the age of 40 and at greater risk of health complications.

“COVID hit, then people started dropping off, which was understandable,” Kinard recalled. “Dawn and I are still going, if y’all want to step out on faith with us, let us know.”

It took six days for the ladies to reach the summit from their entry point. In addition to making history, they walked away with new sisterhood and appreciation for life.

“We destroyed all those stereotypes on that mountain. We get along, we talk, we’re honest with each other,” Kinard said.

“We had doctors, nurses, entrepreneurs, brokers … all kinds of different careers, but we all came together and got up that mountain, and it was an amazing thing.”