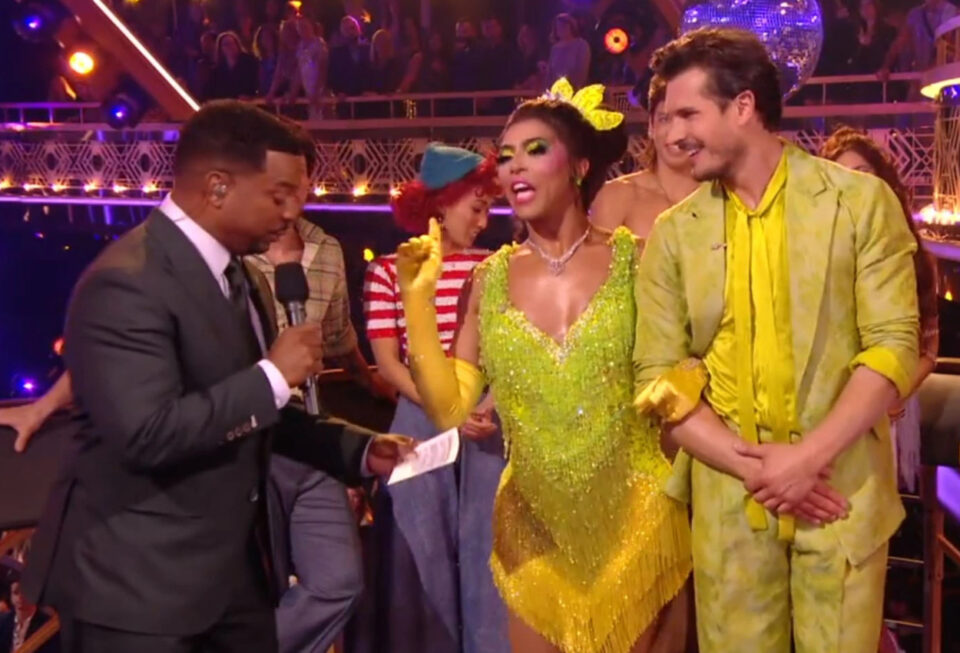 Alfonso Ribeiro was called out for mispronouncing a contestant’s name on a recent episode of Dancing With the Stars.

After a performance with her dance partner, Gleb Savchenko, reality TV personality, Shangela, from RuPaul’s Drag Race, asked the Fresh Prince alum if he’d learn her name yet. Before the tally of the pair’s dancing score, Ribeiro approached the two contestants, but Shangela interrupted the host asking, “The real question is: Did you learn my name?”

As evidenced by his reaction, Ribeiro was shocked at the comment. He appeared to be composing his thoughts, and eventually admitted to calling her several names but her own.

As he fumbled for a response, the host told her, “The last couple of weeks, I did actually say your name a couple of times wrong.” Ribeiro blamed the time that he called the contestant Angela on the fact that his wife’s name is Angela.

“I did say Angela, which is my wife’s name, so it was a term of endearment.”

But, all seemed to end well as Shangela apparently forgave Ribeiro, saying, “You know I love you, baby. I’ve loved you, baby, and you’re my Alfondo.”

Last week, Shangela posted a video clip of her reaction to Ribeiro mispronouncing her name.

“This has me CACKLING!!!😂😂😂 my friend sent me this video of my reaction when @therealalfonsoribeiro accidentally called me ANGELA on @dancingwiththestars 💃🏽 Let me say this … Alfonso is the absolute sweetest guy, and his wife’s name is actually ANGELA 😆 but he always apologizes to me and I always say “baby, just don’t mess up these scores and we’re Good!”