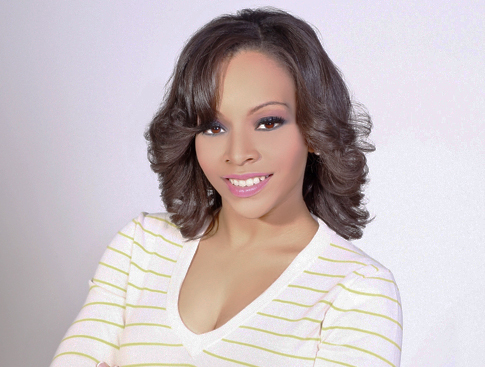 It may sound cliche, but Shannon Cross (@MsCrossy) has envisioned a career in media ever since she can remember. Majoring in communications at Johnson C. Smith University, Cross combined her passion for sports and love of writing to begin a career in media and entertainment.

Starting out as a news assistant with NBC news affiliate WCNC-TV in Charlotte, she navigated her way to Bristol, Connecticut and soon became an Emmy-nominated editor and on-air personality for ESPN and ESPN.com. Now, Cross is one of TV One’s latest additions on “News One Now” with Roland Martin. She serves as a contributing voice of the daily morning news broadcast, narrating both breaking briefs and lengthier features.

On the heels of her latest advancement in the industry, I caught up with her about how she’s been able to move up the ranks in what is still a male-dominated industry— and one that still deals with issues in terms of diversity.

Advancement in a male-dominated industry has not stopped Cross from moving forward and dominating in her field. “Passion always drives me, and this is my purpose, so I am partnering with men [and women] to add value to a broadcast,â€ she says.

In following her passion, Cross’ experience has run the gamut, from her on-air debut as a social media correspondent for ESPN’s live-broadcast “National Town Hall Meeting” alongside Good Morning America host Robin Roberts, to her role as an on-air personality during ESPN’s live coverage of the 2011 NCAA Women’s Final Four basketball tournament. “Pitching ideas to add value to a broadcast is what it’s about,â€ she adds.

Social media has always been a way of communicating for Cross, and being the target consumer that ESPN is trying to target helped her maximize the opportunity as a social media correspondent. “I was personally using Twitter before, so I was able to see how big the NCAA Women’s Final Four is to fans,â€ she says.

Cross helped grow both the ESPN Women’s Final Four coverage and her personal brand. Understanding how important social media is in brand-building is one area that she remains focused. “I’m a silly person, but now, on social media, it is magnified. I understand that there is an audience, and as an on-air personality, my tweets can end up anywhere.â€ The ability to combine authentic engagement with consumer knowledge has lead Cross to content development for the biggest productions we tune into on EPSN, including “First Take” (with Stephen A. Smith, and Skip Bayless) and the annual ESPY awards.

In a career where reading, writing, and gathering information is critical to success, Cross offers up the following words of advice: “Read, read and read some more. Reading is one of the biggest things that you can do to develop your skill set. Read the top stories on CNN. MSNBC, FOX, or ESPN and NBC Sports to increase your versatility. Consume it all.”

“I am an information junkie, from sports, news, to stocks and even video games. The ability to interpret the information to an audience is a skill that is necessary to advance,â€ she adds.” Cross also says professionals need to show and prove. “Be ready and step up to the plate with ideas that add value. When you get the chance to contribute, show up and take advantage of the opportunity.”