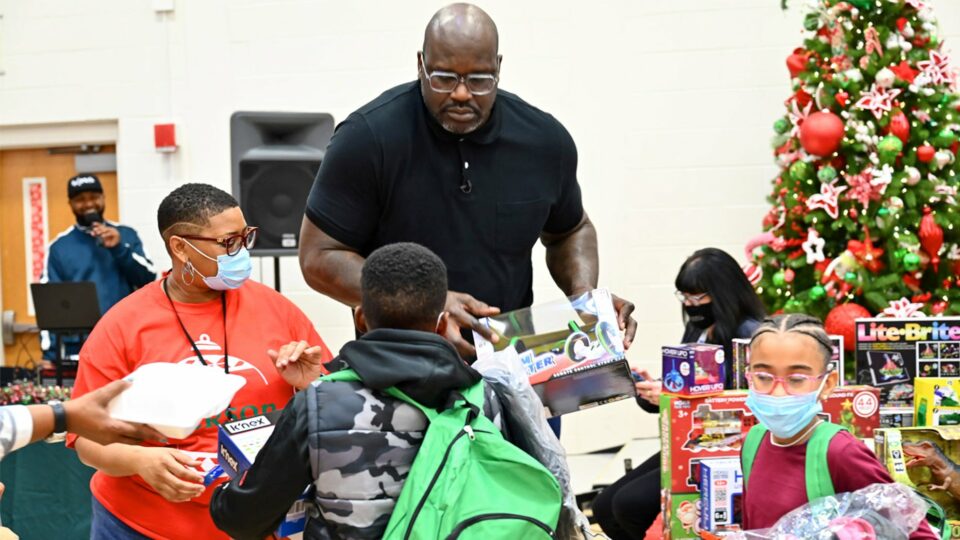 The heart and generosity of NBA Hall of Famer Shaquille O’Neal is undoubtedly larger than his 7′ 1″ frame.

O’Neal continued his mission of giving back to his community during his annual Shaq-a-Clause, which was started over 20 years ago through the Shaquille O’Neal Foundation.

According to Fox News, on Monday, Dec. 20, O’Neal kicked off his Shaq-A-Claus charity work. The event took place at Wesley Lakes Elementary School in McDonough, Georgia, outside of Atlanta, where O’Neal gave approximately 500 students Christmas gifts to take home. This occasion kicked off the 24th year of Shaq-A-Claus.

The Shaquille O’Neal Foundation posted an acknowledgment to its Facebook page from a local sponsor.

“We were so proud to be a part of an amazing event with the one and only Shaquille O’Neal, yesterday morning. Since 1997 Shaq-a-Claus has provided tens of thousands of toys, clothing, meals and more to underprivileged youth across the country. He made a stop in one of his favorite schools in Atlanta, Wesley Lakes Elementary School. He gave food, clothing, and toys to children in need. We were happy to cater the event, providing meals to the children and staff. Thank you to Shaquille O’ Neal, Pepsi Stronger Together and The Shaquille O’Neal Foundation for making this event possible.”

O’Neal explained that this annual charity was started based on a phone call he received from his mother over 20 years ago. She was with several hundred children who would not be getting anything for Christmas so she asked her son to help out the children in those situations.

“I told her I would handle it,” he explained.

He also stated that he and his brother ended up renting three moving trucks. They also visited a local toy store and purchased enough toys to be able to give each child several toys to take home. “I was able to buy at least five toys each for about 500 kids.”

The foundation now does this in multiple cities across the United States.