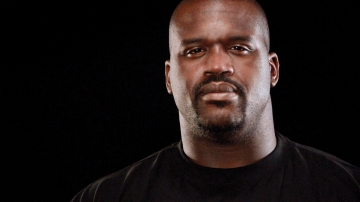 When Victoria Hewitt was 7-years-old, she was diagnosed with hemophagocytic lymphohistiocytosis (HLH), a rare and potentially fatal syndrome that affects the bone marrow. Her only hope for a cure was a marrow transplant.

“I thought we were doomed,â€ said her mother Diana Mills. “The doctor told me to start making arrangements because she was dying and we could not find a marrow donor.â€

Be The Match, which is operated by The National Marrow Donor Program (NMDP) and is the largest marrow and stem cell donor registry in the United States, and basketball superstar Shaquille O’Neal are working to make stories like Hewitt’s less prevalent in the African American community.

O’Neal is leading NMDP’s newest campaign, Do Something Big, which encourages African Americans to step up and save a life. So far, three public service announcements have hit airwaves and the Internet since March. “There’s nothing bigger than life — not when someone you love is fighting to live,â€ O’Neal says in the PSA. “That’s why I’m letting people know they have the power to save a life by joining the Be The Match RegistryÂ®.â€

Ethnic minorities are severely underrepresented.Â  NMDP has about 8 million potential donors but only 7% are African American.”We need more African Americans on the registry,â€ said Regan Hall Reinerth, manager, General Public Awareness Marketing and Communications of the Be The Match donor program. “African Americans have the most diverse tissue, which makes it more challenging for them to find a match. So you’re more likely to find a match in your own race.â€

Because Hewitt could not find a suitable match, her father offered his marrow, which only offered a 50/50 chance of survival. Typically, parents are not a good match but, surprisingly, Hewitt’s body responded well. She is now 13 and has been HLH-free ever since the transplant. Because of her struggle, Hewitt and her family are sharing their story to help ensure that other African American patients can find a match and become educated about the donation process.

Marrow Donation
You can donate bone marrow in two ways. Seventy-five percent of the time, people use a method called peripheral blood stem cell donation, which is a non-surgical procedure. With this method, blood is drawn from one arm, the cells needed for the transplant are extracted, then the rest of the blood is returned to the other arm. The procedure can take up to five hours. The other method, a surgical procedure, is requested about 25% of the time. A needle is inserted through the back of the hip into bone and the spongy marrow is removed. Donors usually feel soreness in the lower back or experience flu-like symptoms afterward, but most feel better and get back to their regular business within 7-10 days.

Anyone between the ages of 18 and 60 and in good health can be a donor. Either a swab of cheek cells or a blood sample, which is tissue-typed, will be used to match donors to patients. You can find a donor registry drive or contact a recruitment center near you, or request that a kit be mailed to you at no cost. If you’re a match, your medical expenses are covered by the patient’s insurance or the NMDP.

You could be the one to save a life. Register at http://www.marrow.org/JOIN/Join_Now/join_now.html.